Falling trust in Irish media needs to be addressed 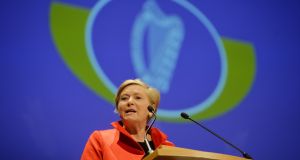 The recent publication of the latest Edelsman survey, which finds that trust in Irish media has declined to an all-time low in the 17-year history of the poll, doesn’t make comfortable reading for any of us.

Respondents, we are told, saw “the media” as “politicised, unable to meet its reporting obligations due to economic pressures, and following social media rather than creating the agenda”.

Of course any undifferentiated survey about “the media” will probably produce the same sort of headlines as surveys about “the church”, “the government”, or even “the bus service”, and is therefore of limited value. But even if it is only a straw in the wind, it should not be ignored; and issues of media accountability are plainly on the table again.

Editors and journalists can do little in the short term about the economic pressures which the survey correctly identified. But what about the other two complaints? And what about the level of media accountability generally?

The current furore about the coverage of President Trump in the US, the growing controversy about the UK government’s plan to introduce Leveson 2 about the relationships between the press and the police, and our own Government’s recently inaugurated review of the 2009 Defamation Act (which includes the Press Council), are certainly all relevant.

An additional ingredient in the mix is the government’s threat – ludicrous if it were not so lethal – to implement section 40 of the Crime and Courts Act so that any publication that had not signed up to a state-recognised regulator [there is only one such, accepted by some but not all newspapers] would, if sued for libel, be liable for all the costs of the action, even if they won!

The contrast with what happened here is instructive. A discussion paper prepared for Michael McDowell as minister for justice in 2003 advocated a statutory press council with judicially enforceable sanctions.

The response to this was not a stand-off, as has happened in the UK. Instead, a lengthy period of negotiation, mostly carried on in private, resulted in 2007 in an agreed voluntary scheme – including statutory recognition – to which all major publishers [including the British publishers whose titles circulate here, and who are opposing statutory recognition over there] signed up.

But nothing is perfect. A voluntary scheme, including statutory recognition, has the defects of its virtues. Because ours was established by agreement, there is no problem about buy-in by publishers [and, just as importantly, by journalists]. The fact that the council has a lay majority is also a powerful influencer of public opinion about its value.

On the other hand, the nature of any voluntary system is such that the only remedies that can be stipulated by the ombudsman or council for breaches of the code of practice are the ones which the publisher members have already agreed to, in principle, in the memorandum of association.

Some of the major issues for the Fitzgerald review, on the basis of a decade’s experience of our own system, could therefore usefully include the following:

– Should participation in the Press Council be effectively further incentivised for all non-broadcast media [freesheets, the online publishing activities of broadcasters, perhaps even bloggers] who see not just editorial but commercial and legal advantages in adherence to an effective body dedicated to the maintenance of professional standards?

– Should the Press Ombudsman and the Press Council – including their invaluable mediation service – be given enhanced legal standing, acceptable to the newspapers and journalists, so that they become a more frequent and effective final destination for dispute resolution, instead of an alternative route?

– Should media play their own part in this, and in enhancing the public acceptability of their voluntary system, by helping to develop, perhaps in consultation with the Press Council, more effective, and perhaps more generous, remedies for, and responses to, reasonable complaints from people whose reputations have been unfairly impugned?

– Should this also include – as a powerful implicit acknowledgment of every individual’s right to freedom of expression – more frequent offers, in appropriate circumstances, of the right of reply?

Just because these are all complex issues for public policy does not mean that they should be shirked. Now is as good a time as any to address them.

1 Ireland’s top earners ‘do not see themselves as rich’, study finds
2 Dublin farmer discovers overnight rave on his land
3 Ellen DeGeneres apology: Why do her words sound hollow?
4 Why are men still explaining things to women?
5 Our neighbour says he has permission to build on our boundary wall. Can he?
Real news has value SUBSCRIBE