The benefits of integration carry a price tag. German voters have never been required to understand this bargain 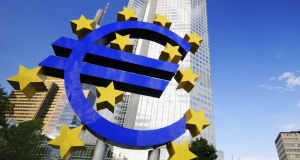 Last weekend European policymakers gathered on the glistening shores of Lake Como for the Ambrosetti business forum. I heard three things. The downturn in the eurozone economy looks perilously like the prelude to recession. The European Central Bank’s monetary easing will serve as a vital, but insufficient corrective. And Germany will wait until it is too late before providing a measurable fiscal stimulus. Brexit is a sideshow, albeit an unwelcome one given the darkening economic clouds.

Mario Draghi, the departing president of the ECB, has already earned his place in the pantheon of great Europeans. His willingness to remake the monetary rules saved the euro in the aftermath of the 2008 crash. Had the single currency collapsed, much of the architecture of postwar European integration would have gone with it. National politicians, frozen in the headlights of the crisis, have a lot for which to thank Mr Draghi.

His strategy was embedded in a single sentence during the summer of 2012. “Within our mandate, the ECB is ready to do whatever it takes to preserve the euro. And believe me, it will be enough.” Mr Draghi’s steely conviction did indeed prove enough.

There are limits, however, to the reach of even a courageous central banker. The ECB, as with its latest volley of expansionary measures, can push back against deflationary pressures. But, at Germany’s insistence, the euro is a project still only half-made. Fiscal policy remains firmly in the hands of national governments. The eurozone budget sanctioned by Berlin under pressure from Paris is so small as to be invisible.

Jean-Claude Juncker, the outgoing president of the European Commission, is credited with the observation about Europe’s political leaders that: “We all know what to do, we just don’t know how to get re-elected after we’ve done it.” Speaking when he was still prime minister of Luxembourg, Mr Juncker was talking about structural reforms - often disturbing traditional employment rights - to raise productivity. The lag between such politically painful measures and higher living standards often overruns the electoral cycle.

His maxim, however, can equally be applied to policymakers in the eurozone’s creditor states. Former German chancellor Helmut Kohl backed the single currency as both a fair price for reunification and as a mechanism to fix the new Germany into Europe. The euro would mark the route to a European Germany and provide a roadblock against a German Europe.

Mr Kohl’s offence - the original sin, I would say, at the launch of the single currency - was to shy away from spelling out to German voters the inescapable meaning of the bargain. It still goes unsaid. In short, Germany is the biggest beneficiary of European integration. The EU supplies the democratic stability and economic certainty on which its prosperity has been built. No country has more to lose from a break-up.

These benefits, understandably, carry a price tag. As the EU’s most powerful economy, Germany bears a proportionate responsibility for the stability of the enterprise.

The mantra in Berlin continues to obfuscate. Germany, it says, will never accept a “transfer union”. In real life, of course, that horse has already bolted. The true choice is between the shadow transfer union represented by the mountain of national central bank liabilities that have built up at the ECB - so-called Target balances - and the creation of an economic union that admits the role of fiscal policy in managing economic demand.

The present catch-22 is that those with room to operate the fiscal levers - Germany and its northern neighbours - refuse to do so. Those pressing for a more expansionary stance - led by France - lack the budgetary headroom.

Among my German friends, the most frequent riposte centres on moral hazard. The eurozone needs strong incentives for politicians in debtor states to take the unpopular measures needed to improve competitiveness. The flawed assumption is that there is a straight either/or choice. Why not structural modernisation and fiscal support for growth-enhancing investment?

There has rarely been a better time for Europe to invest in its future. Inflation has disappeared. Germany is awash with fiscal surpluses, federal, state and municipal. The cost of borrowing is zero. In Emmanuel Macron’s France, Berlin has a partner that has shown it will take tough supply side decisions.

Fiscal support for the eurozone economy is not about digging-holes-and-filling-them-in demand management, though even that would be better than nothing. The continent faces a yawning investment gap. Communications networks need replacing (check your WiFi speed or cellular telephone connection in Germany). The decarbonisation required to meet climate targets demands the re-engineering of the continent’s economy. Europe is way behind the US and China in advanced computing and machine learning.

German leaders know this as well as anyone. Still, they fear saying anything that might alarm the good burghers of Munich, Hamburg and Frankfurt. Were recession to provoke a full-blown eurozone crisis, Berlin would of course act. In those circumstances the politics would be much easier to manage. But do not expect Germany to dispatch the fire brigade before the flames have fully taken hold. What a waste.

1 Larger retail stores to reopen on Monday ahead of schedule
2 Donald Trump is in trouble, and that could spell very bad news
3 Irish company MyBio to sell 10-minute Covid-19 antibody test
4 Taoiseach says €350 pandemic payment to be cut for some part-time workers
5 O’Doherty and Waters ordered to pay legal costs of case against State over Covid-19 laws
Real news has value SUBSCRIBE