Grounds for hope amidst turmoil 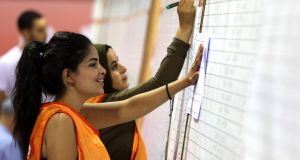 For a few months in early 2011, Tunisia was the birthplace of the Arab Spring – the name that attached itself to wave of uprisings that swept the Arab world and, for a heady few months, promised to sow the seeds of democracy across a region where dictators had long been ensconced.

More than eight years on, Tunisia stands as the only country where the promise of those tumultuous months was fulfilled. It remains wracked by problems, to be sure. The economy is sluggish, living standards have shown little sign of improvement and terrorist attacks have badly hit the important tourism sector. But two events in the past week – the first round of a presidential election and the death in Saudi Arabia of the former dictator Zine el-Abidine Ben Ali – provided useful reminders of how much progress the fledgling democracy has made.

Twenty-six candidates contested the election to succeed Beji Caid Essebsi, who died in July. No candidate won more than 50 per cent of the vote in the first round last week, so the frontrunners – Kaïs Saïed, a little-known law professor who barely campaigned, and Nabil Karoui, a media mogul currently in jail on charges of tax evasion and money laundering – will contest a run-off next month. The ruling parties were given a firm rebuff by the voters.

Neither of the finalists inspires confidence. Saïed, who ran as an independent and mounted a low-profile campaign, supports the reintroduction of the death penalty and thinks homosexuality is a foreign plot. His opponent in the run-off, Karoui, has used his own TV station to advertise his charitable works. He campaigned from a jail cell, having been jailed in August in what his supporters say was a political move against him.

The fact that Tunisians have turned to two populists will dismay many, but it’s important not to lose sight of the deeper significance of the election. The presidency is largely a symbolic role, and the stakes will be higher for legislative elections next month. What is noteworthy is that Tunisians chose to give their verdict through the ballot box, and did so after a vibrant, hard-fought contest that was, as the first round results show, genuinely open. That never happened under Ben Ali, the despot who presided over a corrupt and brutal kleptocracy for 23 years until he was forced into exile with his family as protesters filled the streets of Tunis in January 2011. Tunisia’s may be an imperfect democracy, but its resilience is an immense national achievement.