The Irish Times view on the Judicial Council Bill: Implementation is key challenge 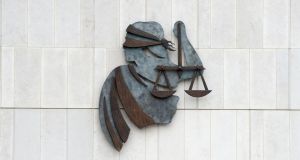 The passage of the Judicial Council Bill through the Oireachtas earlier this month, nearly 20 years after it was first mooted, promises to be a significant step in reforming and modernising the way our courts work, but measures needs to be implemented as a matter of urgency.

The original motivation for the legislation was the need for a mechanism to discipline judges. As matters stand the only remedy is impeachment.

All judges, from the Chief Justice to the latest person to be appointed to the District Court, will sit on the Judicial Council which will deal with a range of issues including standards of conduct, education, sentencing guidelines, public confidence in the judiciary, and other matters.

Clamping down on the scale of compensation awards is not simply a matter of fraudulent claims being weeded out; the entire basis of the awards has fuelled the culture

One of the responsibilities of the Judicial Council will be to establish a judicial conduct committee, comprised of eight judges and five lay people to oversee a new disciplinary system. Complaints can be considered and judges who are found guilty of misconduct that falls short of requiring impeachment will face a reprimand.

The Council will also have to face up to two issues which have dented confidence in the judiciary in recent years. One is the wide variation in sentencing imposed by different judges for similar offences and the other is the level of compensation awarded by our courts which is completely out of line with other jurisdictions. The scale of awards has pushed up the cost of insurance and limited its availability in some areas.

Clamping down on the scale of compensation awards is not simply a matter of fraudulent claims being weeded out and perjurers being prosecuted. The entire basis of the awards, the book of quantum, has fuelled the compensation culture.

The problem was identified by a commission headed by former president of the High Court Nicholas Kearns and it recommended that the Judicial Council should establish a personal injuries guidelines committee to overhaul the system. Reports that this process could take up to three years are worrying. Getting it done swiftly will be a test of the Judicial Council’s effectiveness.

1 A Ryan Tubridy interview takes a terrifying twist
2 Dublin house deaths: Three young children named
3 Some get up early to go to the gym, others because they slept in a doorway
4 Des Bishop: ‘The last time my mother spoke was to say sorry’
5 TikTok boom: The app exploding in popularity among Irish teenagers
Real news has value SUBSCRIBE