The Irish Times view on the Disclosures Tribunal report: A force rotting from within 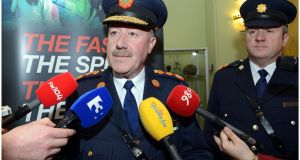 One of the essential building blocks of the modern Irish State is teetering. An Garda Síochána, whose legitimacy hinges on the maintenance of public trust, is rotting from within. It is a place where respect for truth has faded and structures of accountability have broken down. It is a closed club guided by an instinct for self-protection and self-preservation. A place where self-reflection is almost entirely absent, where speaking out is discouraged, and where senior figures have lost all sight of the greater ideals they are meant to serve.

These are some of the inescapable conclusions to be drawn from the alarming report of the Disclosures Tribunal. In lucid, clear-eyed prose, Mr Justice Peter Charleton paints a picture of almost total dysfunction. A decade after the Morris tribunal into corruption and deceit in the Garda, the judge finds, structures have changed but mentalities have not. “A cultural shift requiring respect for the truth is needed,” he writes of the national police force – a line that starkly encapsulates the depths to which the organisation has fallen.

In 2008, another judge, Mr Justice Frederick Morris, warned that “the gradual erosion of discipline within An Garda Síochána is a developing situation that will, sooner or later, lead to disaster”. This is that disaster. A force whose most senior member – then commissioner Martin Callinan – undertook a campaign to denigrate the character of a conscientious internal whistleblower, Sgt Maurice McCabe, by telling elected representatives that he was a child abuser. A force that had as its chief spokesman – then press officer David Taylor – a man who the tribunal concludes lied and smeared a colleague. A force that, through its twin obessions of secrecy and spin, lost the ability to level with the people it serves.

Not everyone emerges from Mr Justice Charleton’s report with their standing diminished. He finds “no credible evidence” that then deputy commissioner Nóirín O’Sullivan played a part in any campaign against Sgt McCabe though he says it is improbable she did not have an inkling of Callinan’s views. Former minister for justice Frances Fitzgerald is also vindicated. Tusla comes in for severe criticism but at least it engaged in some self-interrogation. The judge notes how dispiriting his report must be for the many brilliant men and women, people of “extraordinary devotion to duty and intelligence”, who populate the Garda across the State.

A great deal has happened to improve the oversight structures of the Garda. The appointment of an outsider as commissioner is a rupture with the past. As the report makes clear, however, structures are subservient to culture. To ask the right question, Charleton notes, borrowing from Chekhov, is to go far in answering it. But the right questions have been asked of the Garda for a long time. And we’re still awaiting the right answers.