The Irish Times view on the children’s hospital: managing the fallout

The project will put a significant strain on the health capital budget, potentially jeopardising other important works 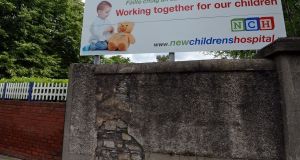 Following a hearing at the Oireachtas Health committee we now know the bill for the new national children’s hospital will be at least €1.7 billion. Photograph: Eric Luke

Following a hearing at the Oireachtas health committee last week, we now know the bill for the new national children’s hospital will be at least €1.7 billion. The cost of the state of the art institution, due to be completed in 2022, had already spiralled from €983 millon to €1.4 billion in less than two years. But it has now emerged that this figure will only cover the design, construction and equipping of the hospital. Another €300 million is needed for extras such as the IT system.

The scale of the overrun is astonishing. It suggests unsatisfactory procedures, management and financial risk controls from the moment the project received the go-ahead. Apart from the direct impact on the taxpayer of such a large budgetary overrun there is the draining effect of the runaway costs on the rest of the health system.

By placing such a significant strain on the health capital budget for at least the next four years, it will not be possible to complete other much-needed projects. Extra beds across the system as well as specific projects such as upgraded facilities for cystic fibrosis patients are just some of the developments likely to be put on hold.

Concerns about the condition of hospital equipment have been flagged for some time. Ultrasound machines, scanning units and heavily used operating theatre equipment must be replaced in a timely manner. However, the Irish Patients Association has obtained figures from the State Claims Agency outlining how, over a three-year period, there have been almost 4,000 safety incidents involving equipment being used in the care of patients in Irish hospitals. These failures resulted in 72 clinical healthcare claims being created during the period, with an estimated liability of €17.3 million.

With the substantial existing rate of equipment failure, and with additional claims inevitable, the large hole in the health capital budget for replacement equipment becomes even more acute. A potential threat to patient safety is just one reason why the overruns within the children’s hospital must be investigated and fully explained.