The Irish Times view on road safety: no room for complacency 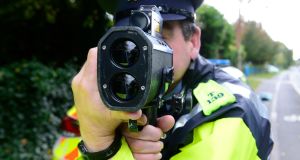 One important item of good news to emerge in the New Year is that the number of road deaths in the State last year was the lowest since records began more than half a century ago. According to provisional figures issued by the Road Safety Authority (RSA) the number of people who died on the roads last year was 149. While this is still too many, the significant improvement in road safety that has taken place in recent years has to be acknowledged.

It is worth noting that in 1959, the year records began, there were 306 deaths on the roads even though the number of cars then in use was a small fraction of the current fleet. Road deaths climbed to an utterly unacceptable 640 in 1972 and the figure remained in excess of 400 for the following three decades. As recently as 2005 there were 396 road deaths.

The dramatic reduction since then is due to a number of factors, including the clampdown on drink-driving, stricter enforcement of penalty points and a focus on measures to curb speeding. The improvement in road quality over the past two decades has also played a huge part in reducing the number of crashes and fatalities. The motorway network has made driving long distances much safer than in the past.

The RSA deserves huge credit for its unremitting focus on improving safety and the pressure it has exerted on governments to take decisive action. The embattled Minister for Transport Shane Ross also deserves credit for the way he has pushed through tougher drink driving rules and focused on measures to combat speeding.

There are no grounds for complacency, however, as previous experience has shown that the numbers can drift up quickly if there is any relaxation in enforcement. Assistant Commissioner Dave Sheehan of the Garda National Roads Policing Unit acknowledged the behaviour of the majority of road users who acted responsibly in 2018 but he also pointed out that more than 130,000 drivers had been detected speeding.

On top of that, almost 30,000 drivers were caught using a mobile phone, almost 9,000 were arrested for driving under the influences of drink or drugs and more than 11,000 were detected not wearing a seatbelt. These statistics underline the need for continuing vigilance by the Garda and also point to the need for road users to act responsibly.

RSA chairwoman Liz O’Donnell has called for extra funding for the Garda Mobility Project, which allows gardaí to check details of a range of motorists’ offences at the roadside, in particular disqualified driving, unaccompanied learner driving and uninsured driving. This is something that needs to be addressed as a matter of urgency as there are still far too many uninsured and disqualified drivers on our roads.