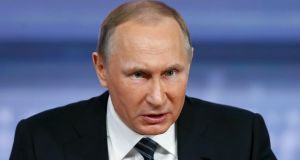 Democracy is suffering a mid-life crisis – its best days are behind it, its future uncertain, the academic David Runciman argues in his recent book, How Democracy Ends. Such pessimism is widespread these days. Together, the misrule of Donald Trump, the rise of the populist right in Europe, the consolidation of power around authoritarian strongmen and the growing threat to liberal democracy from vastly powerful tech firms paint a picture of a world where the postwar political order is in flux, and where a once unthinkable question seems entirely valid: has democracy had its day?

It’s clear that democracy is going through its biggest crisis since the 1930s. The rapid global spread of the concept, a consistent trend over the past 70 years, has stalled since the financial crisis. That retreat was clearer than ever in 2018. In the United States, whose self-image has long been closely bound to its liberal democratic ethos, President Donald Trump continued his assault on the rule of law and minority rights, even if independent institutions by and large held firm.

In Europe, the nationalist government of Viktor Orbán in Hungary intensified its campaign to silence opposition voices, nobble troublesome institutions and vilify critics at home and abroad. Combined with the authoritarian drift in Poland, where the ruling party tightened political control over the judiciary, this has put down a profound challenge to the European Union. For the first time since the European project was founded, it must wrestle with an internal rupture over the basic value-system that underpins the whole edifice.

Nor is the nativist drift confined to the European periphery. This year, an outfit with neo-Nazi roots became the main opposition party in Germany and a virulently anti-immigrant group went into government in Italy. Politics in Britain, convulsed this year by the chaos of Brexit, is mired in the small-minded insularity of the Tory right and the 1970s-style Euroscepticism of the Labour leadership.

Perhaps most alarming was the retreat of democracy in Turkey. A decade ago, the country was advertising its democratic credentials and hoping to join the EU. Today, it more closely resembles a dictatorship.

Washington’s retreat from its position as democratic beacon has coincided with increasing apathy, if not outright hostility, towards democratic politics

Yet the West is still where democracy has the strongest hold, and where, given the strength of long-established institutions, its prospects are relatively good. More damaging, in 2018, was the message the West’s nativist turn sent out around the world. With Trump openly disparaging of democratic norms, authoritarian regimes can openly subjugate their people without bothering to maintain a veneer of democratic propriety.

The US president’s purely transactional view of foreign relations was most clearly underlined by his resolute support for Saudi Arabia’s de facto leader, Crown Prince Mohammed bin Salman, even amid global outrage over the murder of the US-resident dissident Jamal Khashoggi in the Saudi consulate in Istanbul – a killing many allege was ordered by the crown prince himself.

Washington’s retreat from its position as democratic beacon has coincided with increasing apathy, if not outright hostility, towards democratic politics. Across the West, where many suffered badly in the recession and where, in many places, real wages have barely increased in decades, the basic compact – prosperity for those with a stake in the process – appears frayed. Globalisation is blamed for taking jobs and technology simultaneously empowers citizens and allows them to live their lives in echo chambers, narrowing the public space where serious debate can take place.

Not all hope is lost, however. Far from it. Across the world, there are signs of citizens pushing back

One of the chief beneficiaries of all of this has been Vladimir Putin, who ends the year on a high, with a US president who defers to him and a propitious geopolitical landscape that has allowed him to increase his stature and influence. In the long-term, however, the trend suits China best. For decades, the West assumed that as China grew wealthier, it would also become freer. Instead, the Communist Party has struck a bargain with its citizens: we will help you get richer if you don’t demand political freedom. This model of authoritarian capitalism is China’s alternative to liberal democracy. President Xi Jinping, who abolished presidential term limits and could now rule indefinitely, has begun to project Chinese power unlike any of his party predecessors.

Not all hope is lost, however. Far from it. Across the world, there are signs of citizens pushing back. Thousands of protesters challenged Orbán on the streets of Budapest this month. US voters swung to the Democrats in mid-term elections in November, delivering Trump a defeat that would have appeared far more emphatic were it not for Republican gerrymandering. Even where oppression is most severe, brave human rights activists keep the flame alight.

It helps that democracy is far better than the alternatives, and offers the only adequate response to the basic human impulses for freedom, equality and openness. Indeed, it is democracy, as Runciman points out, that “protects us against getting stuck with truly bad ideas”.