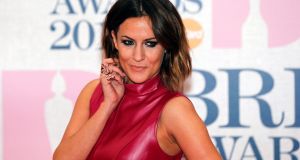 The death last weekend of Caroline Flack was yet another reminder that words can hurt. Photograph: Suzanne Plunkett/Reuters

If you can’t say something nice don’t say anything at all. Where would Twitter and Facebook be if we still believed in this old maxim? Certainly not generating quarterly revenues of $1 billion (€927 million) and $21 billion (€19.5 billion) respectively at the last count. Kindness is undervalued in society in part because it is so hard to monetise. Nursing and caring are among the poorest paid professions for a reason. “Most people, as they grow up, secretly believe that kindness is a virtue of losers,” the psychotherapist Adam Phillips and historian Barbara Taylor write in their study of the subject.

Certainly, a type of cruelty has become normalised. The tragic death last weekend of Caroline Flack was yet another reminder that words can hurt. Accompanying sadness was a sense of powerlessness over the state of public debate as the British TV presenter faced intense, social media scrutiny following a domestic incident which saw her charged for assault.

New technology both incentivises extreme opinion and magnifies human error. A relatively small slip up in the public eye can mean you are next in line to be “cancelled”. Access to anonymity allows commentators to pile on with impunity. It is frequently said people are hardwired to be morally indignant but this is bad science being used to justify bad behaviour. Human beings are, in fact, remarkably benevolent compared to other species but they also have a capacity for inventive callousness. The biologist Richard Wrangham calls it “the goodness paradox”.

As well as getting our science straight, we need to understand our history. Keyboard warriors who are constantly on attack-mode portray themselves as public servants. It is a democratic right, nay duty, to take celebrities down a notch or 10 and to always see the worst in politicians, according to the warped logic of trolling. But the experience of generations has shown that it is by cultivating kindness and extending its scope – beyond tribe to other peoples and living things – that real political and social progress is made. Our civilisation is built on giving individuals second chances.