The Irish Times view on medical implants: The regulatory gap must be fixed

In contrast with new drugs, medical devices are often not screened by way of clinical trials before market approval 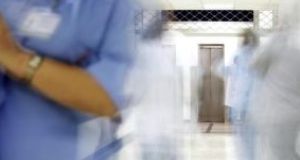 Medical implants are a €352bn global industry. Products have revolutionised medical care and changed hundreds of thousands of people’s lives for the better. But research by more than 250 journalists from 59 media organisations, including The Irish Times, through the International Consortium of Investigative Journalists, has uncovered a range of problems in the implant industry.

Failures include replacement hip joints and vaginal mesh products being used without adequate clinical trials; the continued use of faulty pacemakers when manufacturers were aware of problems; and a lack of central regulatory registers which means surgeons are unable to quantify the risk of implants when advising patients.

People in the Republic were especially exposed to a problem with a particular replacement hip: on a per capita basis, more innovative hips manufactured by DePuy were implanted in Ireland than in any other country. Such is the scale of the problem that in excess of 1,000 Irish patients have issued proceedings against DePuy.

In contrast with new drugs, medical devices are often not screened by way of clinical trials before market approval. This is partly to do with how they work, but also to a regulatory framework that is, arguably, still unfit for purpose. Unlike for medication, regulation is a national competence rather than a European one which has been a factor in allowing an uneven and sometimes lax approval regime across the EU.

The regulator in the Republic is the Health Products Regulatory Agency (HPRA) and more than 800 adverse incidents involving medical devices are reported to it each year. But no deaths have been definitively found to be directly attributable to a medical device over recent years, the HPRA says.

Innovative implantable medical devices have transformed the lives of patients, especially those with chronic disease. Stents have revolutionised cardiac care, while insulin pumps and pain-management devices have brought relief to many. And the pace of innovation is accelerating.

Medical devices are a major industry in Ireland. Medical devices account for almost 10 per cent of all Irish exports and Ireland comes second to Germany as the largest European exporter of such devices. The industry employs some 38,000 people, mainly in the west of Ireland.

This pre-eminent position should be used by Ireland to drive regulatory reform. Doctors and patients require access to up-to-date databases on individual devices so that they can form a reliable opinion as to the risks and benefits of choosing a particular implant.

An equivalent regulatory body to the European Medicines Agency must be set up. And the practice of approving devices for human implantation without adequate risk assessment must end.