The Irish Times view on homelessness: a crisis that shames us all 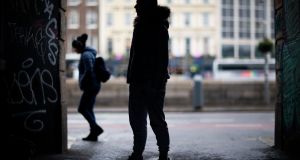 The needs of homeless families and children are so compelling that a special effort is essential to provide them with reliable accommodation. Photo: Tom Honan

The number of homeless families can be expected to rise during the next four years, until the number of new homes being built meets demand, according to Focus Ireland director of advocacy Mike Allen. It is a damning prediction based on official figures and threatens the children of affected families with future psychological problems. Focus Ireland wants the Government to adopt a specific strategy to help vulnerable families avoid homelessness and, where that occurs, to provide secure accommodation.

It is a big ask, particularly in a dysfunctional market. But last month’s Government action in giving the Residential Tenancies Board power to conduct investigations of improper rent increases and the expulsion of tenants should reduce the incidence of such behaviour. It took more than two years for the Government to respond to a widespread flouting of its rent caps by greedy landlords and to provide additional protections for tenants. Some aspects of the new legislation will not take effect until the autumn.

Research by Focus Ireland has shown that three-quarters of the homeless families surveyed had been in lengthy, successful tenancies before landlords withdrew the property from the market. Since then, many had actively – but unsuccessfully – sought new accommodation. More than 3,000 families are now homeless and the major cities, where rent cap increases of four per cent a year were originally introduced, are worst affected. Those most likely to be homeless are single parent, migrant and Traveller families. This would suggest that vulnerable groups faced the most intense exploitation. Families from outside of Ireland who lived and worked here for years and had been in privately rented accommodation, accounted for over half of those affected.

The problem is acute in Dublin. But the housing charity Threshold reports there are “huge issues” in the private rental sector in Cork, forcing homeless families to seek accommodation in guest houses and B&Bs in Limerick. It blames the termination of tenancies for one-third of homeless cases and it says there is insufficient accommodation to meet the needs of these families.

It all comes down to a general shortage of housing; an excessive reliance on the private rental sector and insufficient investment by local authorities in social housing. Where local authorities once built one-quarter of new homes, they now provide about half of that figure. The effect of this is evident in the number of homeless families; excessive rent increases and the concerns of Ombudsman for Children Niall Muldoon that young homeless children may develop psychological problems. The Government is under pressure to control spending but, in this instance, the needs of homeless families and children are so compelling that a special effort is essential to provide them with reliable accommodation.

1 Harry and Meghan will no longer be working members of British royal family
2 Chris Hadfield on the climate crisis: ‘The world has seen much, much worse’
3 Netflix: The best 101 films to watch right now
4 Terry Gilliam: ‘Adam Driver is either an idiot or the last pure-hearted person out there’
5 Irish in Argentina: Not always a successful diaspora story
Real news has value SUBSCRIBE