The Irish Times view on arts in crisis: When the music stops 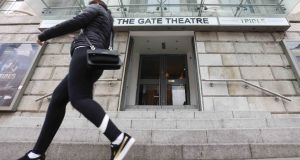 Dublin’s Gate Theatre is not alone in having to postpone reopening until 2021 due to box office losses that would make staging productions this year unsustainable. File photograph: Leah Farrell/RollingNews.ie

As the country adapts to ways of living with Covid-19, it is still unclear when live performance in our theatres and music venues can be restored to anything like the pre-pandemic situation. The Arts Council has estimated cancellation of 117,000 events this year. The closure of venues and these cancellations, which include summer arts and music festivals, has impacted deeply on the performing arts and those who depend on them for a living. The affects of the shutdown measures look set to be longer-lasting than in other areas of activity, with one analysis suggesting the sector will not return to 2019 levels of employment until 2025.

Dublin’s Gate Theatre is not alone in having to postpone reopening until 2021 due to box office losses that would make staging productions this year unsustainable.

To its credit the government has provided over €56 million in support to the sector; an unprecedented recognition of the contribution of the arts to public well-being and the quality of Irish life. Many arts organisations would not have survived without this investment. The response of the National Campaign for the Arts (NCFA) to the first tranche of this funding in July was cautious and noted it “did not go far enough to support the freelance artists and arts workers who make up the majority of the arts and culture sector”. The NCFA was bleak in its prediction that their work would not resume until “a vaccine is found and cultural events can take place at full capacity”.

Inside Politics · Coronavirus: are we losing control?
Coronavirus Data Dashboard

The work of the imagination has perhaps never been more needed or necessary than in recent months, when so many lives have been touched by loss and bewilderment. The arts have demonstrated their capacity to be inventive in the delivery of uplifting moments of solace, whether through the Other Voices series of music performances shown on RTÉ under the Courage banner, or the Poetry Ireland initiative with Aosdána that connected poets to cocooners in isolation during the lockdown.

Artists and arts organisations have responded with creativity and imaginative improvisation in finding new ways to present their work on digital platforms. But this has its limitations and nothing compares to actor and audience sharing the same space, musicians and their fans in close proximity. Seeing a work of art on screen is no substitute for standing in its presence.

Some resumption of programming – versions of the Kilkenny and Galway festivals, for example – is encouraging. However, audience reengagement will present many challenges, as will building public confidence to overcome the understandable fear of returning to enclosed auditoria. While the culture sector has so far received a very positive response from the State, it will now look to the budget for signs of support for a full recovery in 2021.