The Irish Times view on animal populations: an SOS from nature

A new study reports an average 68 per cent fall in more than 20,000 populations of mammals, birds, amphibians and reptiles 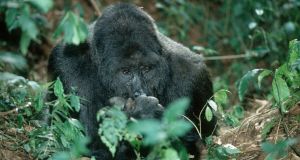 In 50 years the wildlife population of Planet Earth has shrunk by more than two-thirds. A new study for conservation group the World Wildlife Fund (WWF) reports an average 68 per cent fall in more than 20,000 populations of mammals, birds, amphibians and reptiles. Biodiversity is in “freefall” as a result of human activity and shows no sign of slowing, the Living Planet Report says, warning of our “broken” relationship with nature.

The drop of 94 per cent for Latin America and the Caribbean is the largest anywhere, driven by a cocktail of threats to reptiles, amphibians and birds. Losses worldwide were particularly precipitous for freshwater species – a decline of 84 per cent – in part because of the disappearance of 85 per cent of wetlands that existed 500 years ago.

The result is a crisis in dysfunctional ecosystems, bereft of important pollinators, predators and scavengers, less able to support human or animal health. Changing land use and food production methods, the use of and trade in wildlife, pollution, and global warming are each contributing to this downward spiral. Last year a UN panel of scientists warned that one million species are threatened with extinction, some within decades.

The WWF emphasises the close link between biodiversity and human health, wealth and food security, noting that Covid-19 is a stark reminder of how nature and humans are intertwined. Habitat loss and the trade in wild animals are key drivers behind the emergence of pandemics.

Food waste of 1.3 billion tonnes a year worldwide calls for fundamental reappraisal of land use but also the whole food production and distribution model and raises sharp questions about what we eat. Agricultural expansion is blamed for 80 per cent of deforestation, and food production drivers are causing a much as 70 per cent of terrestrial and 50 per cent of marine biodiversity, and 29 per cent of global greenhouse gas emissions.

This devastating report is, as its authors say, “an SOS” from nature, a cri de coeur that we must listen to or pay an even more terrible price for our greed and mismanagement of nature.