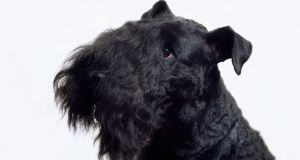 “Michael Collins and others were championing the virtues of one breed in particular – a feisty, fearless terrier they saw as the four-legged epitome of the national spirit.” Photograph: Getty Images

October 1920 was a tense month in Dublin. Then as now, the city was in lockdown, with a curfew between midnight and 5am. The War of Independence raged towards a climax. On October 11th, Dan Breen and Sean Treacy fought their way out of a raided house in Drumcondra in a gun battle that killed two British officers. Treacy’s reprieve was short. Three days later, he died in another fusillade, on Talbot Street.

The mood of the period is captured in Ernie O’Malley’s memoir, On Another Man’s Wound. After months spent organising IRA units in the provinces, O’Malley had been summoned back to Dublin soon after Treacy’s death. A natural night-owl, he was forced by the curfew to keep “respectable hours”. But he walked the streets in daytime with a “Smith and Wesson forty-five” in his coat.

“In the evening […] I did Grafton Street between four and six,” he wrote. That meant visits to Mitchell’s Café and other places where police and army officers, easily spotted even out of uniform, might be occupying neighbouring tables. “That was stupid, I would admit to myself […] a cup of tea was not worth fighting for; but Dublin was my city and I would not admit the right of foreign troops to deprive me of a habit.”

The Michael Collins he met that autumn was a busy man, with big plans. One Saturday in late November, he would warn O’Malley, cryptically: “Mind yourself tomorrow, Earnán.” There was “no other explanation” given at the time (the eve of Bloody Sunday). But in October, Collins was still indulging some of his peacetime hobbies. And on the 16th of the month – another Saturday – these included attendance at a dog show in Summerhill, where he exhibited his Kerry Blue terrier, “Convict 224”.

In its own way, that event too formed part of an independence struggle, because the newly founded Dublin Blue Terrier Club was to be the first step in a canine rebellion against British rule.

Until then, owners of pedigree dogs in Ireland paid their fees and took their standards from the English Kennel Club, which would be ousted by the establishment of an Irish equivalent in January 1922. In the meantime, Collins and others were championing the virtues of one breed in particular – a feisty, fearless terrier they saw as the four-legged epitome of the national spirit.

The movement was not confined to Dublin. A letter to the Liberator newspaper in Tralee in September alerted readers to the locally based All-Ireland Kerry Blue Club, which had been set up to ensure that “Kerry ideas” about the breed prevailed. But as with the Easter Rising, the first show of force was in Dublin, and Convict 224 was not the only dog there to hint at revolutionary sympathies. Other entrants included a “Trotsky”, a “Markavich” (sic), and a “Dawn of Freedom.”

Who owned the four-legged Trotsky is unknown (at least to me) but circumstantial evidence points to another noted republican family, the Bolands. Harry Boland, Collins’s friend who would turn against him in the Civil War that cost both their lives, had a Kerry Blue too. And although it could be mere coincidence, his brother Gerry, a future Fianna Fáil minister, was also nicknamed “Trotsky” at that time, because of his left-wing views.

It was not all rebels at the Summerhill event. On the contrary, the pedigree dog world was if anything dominated by the political establishment. Even a dedicated Kerry Blue show was not exempt.  Hence, attendance also included Sir James McMahon, Britain’s under-secretary for Ireland, and Capt Wyndham Quinn, military attaché to the lord lieutenant, who sponsored the trophy for best of breed.

British officers and IRA leaders thus rubbed shoulders and terriers for the show’s duration. Assuming everyone knew or guessed who everyone else was, there must have been a temporary ceasefire in operation among the doggy men of honour. If so, it was strictly limited.

That same day, a 60-year-old Dubliner named Peter O’Carroll was shot dead in his doorway at Stonybatter. The unidentified military raiders had been looking for his sons but murdered him instead. For a rather different reason, his surname has since gone on to fame on British and Irish television. He was a grandfather of Brendan O’Carroll, the comedian.

The fervid atmosphere of that October was stoked by two other deaths, then imminent. Terence MacSwiney was in the last days of his hunger strike in Brixton Prison. Meanwhile, in Mountjoy, Kevin Barry awaited execution. “It had been intended to rescue him by blowing in part of the gaol wall,” wrote a rueful O’Malley. But the garrison was heavily reinforced before that could happen and the sentence took its course.