Diarmaid Ferriter: Even Christmas is not safe from crusading Twitter warriors 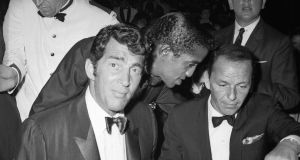 One of the prima donnas in my house had the gall this week to eject Leontyne Price from the CD player in favour of the saccharine Christmas FM radio station, which daily assaults listeners at this time of year with a barrage of crimes against music by people who cannot sing in the first place and then insist on “interpreting” a supposed Christmas classic.

This battle to allow Leontyne to reign supreme has become an annual one. In June 1960, Leontyne, the first African-American superstar in opera and described by American composer Wallace Cheatham as providing “one of history’s most phenomenal examples of artistic empowerment, stage regality, supreme musicianship, technical acumen and vocal beauty”, recorded an album with the Vienna Philharmonic and conductor Herbert Von Karajan.

Leontyne’s interpretation of O Holy Night by Adolphe Adam has not been surpassed and manages to cut beautifully through the morass of mediocre Christmas chimes.

Now aged 91, Leontyne is at least (I hope) safe from the online rage and righteousness that has seen demands for the censoring of Frank Loesser’s song Baby, It’s Cold Outside, performed by Esther Williams and Ricardo Montalban in the 1949 film Neptune’s Daughter.

Or the displeasure expressed at the phrase “cheap lousy faggot” in Shane MacGowan’s Fairytale of New York that resulted in him issuing a statement: “Sometimes characters in songs have to be evil or nasty . . . her dialogue is as accurate as I could make it.”

The Twitter warrior censors have a great capacity to crusade as liberals by seeking to shut things down and ignore context.

They might as well further dissect MacGowan’s song and deem it inappropriate because it references gambling as well as “an old slut on junk” and Frank Sinatra who was much more than a scoundrel. And while the trolls are at it, shouldn’t Sammy Kahn and Jule Styne’s Let it Snow sung by Dean Martin be put on trial too?

But if you really hold me tight/All the way home I’ll be warm.

Just how tight is appropriate and what does the warmth really mean?

And surely the Elmo and Patsy song Grandma Got Run Over by a Reindeer is for the chop too?

When we found her Christmas morning

At the scene of the attack

She had hoof-prints on her forehead

And incriminating Claus marks on her back

Christmas, it seems, has to be tailored to suit the times even if that now involves censoring or dropping the lyrics of yesteryear.

Plenty of Irish writers shattered the illusions of festive goodwill

But in truth, peace and harmony have never triumphed at this time of year.

In her book last year Christmas: A Biography, Judith Flanders underlined that commerce and confrontation have always gone hand in hand at Christmas and the excesses are by no means a modern monster.

What a medieval cleric labelled “swilling and riot” often took precedence over prayers; indeed, religion features little in her survey. Christmas has long been about performance; just consider how many times you’ve heard the word “perfect” used in Christmas advertising in relation to gifts or cooking.

Also central to our sense of Christmas, Flanders argues, is that “whatever was happening in the world that was wrong . . . Christmas would bring it to a halt for a period of peace and companionship” offering an “illusion of stability, of long-established communities, a way to believe in an imagined past . . . . while unconsciously omitting the less desirable parts of those times”.

She argues that the greatest transformations in the celebration of Christmas came after revolutions “in family, religion, personal and social relationships”.

Plenty of Irish writers shattered the illusions of festive goodwill. James Joyce in Portrait of the Artist as a Young Man underlined the dangerous mix of Christmas food, drink and politics. The exasperated Mrs Dedalus is forced to declare: “For pity sake let us have no political discussion on this day of all days in the year.”

One of the great masters of the short story, Frank O’Connor, also chose to emphasise the fragility of the happy Christmas family with an account of Christmas morning published in a collection of stories in 1953.

The morning did not go well, after which: “I understood it all, and it was almost more than I could bear; that there was no Santa Claus . . . only Mother trying to scrape together a few coppers from the housekeeping; that father was mean and common and a drunkard, and that she had been relying on me to raise her out of the misery of the life she was leading.”

At least for those struggling with all the contrived bonhomie or experiencing familial strife, or just feeling as George Bernard Shaw did about Christmas – “It is an indecent subject; a disorderly drunken subject; a wasteful, disastrous subject . . . Christmas is forced on a reluctant and disgusted nation by the shopkeepers and the press” – there is a solution, and it is Christmas with the sublime Leontyne Price.