Climate change reporting should be obligatory 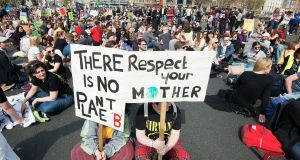 By any objective standards, the global climate and biodiversity crisis should be front page news almost every day. Rationally, you would expect updates on the battle to maintain a habitable biosphere to also be leading most TV and radio news bulletins. We do not, it seems, live in a world governed by reason.

Some years ago, a former editor of Fortune magazine ran a thought experiment: imagine that the world’s scientists had confirmed, with 90 per cent confidence, that a huge meteor would collide with the Earth within a decade. “The media would throw teams of reporters at it and give them the resources needed to follow it in extraordinary depth and detail”, argued Eric Pooley. “After all, the race to stop the meteor would be the story of the century.”

The meteor is indeed heading our way, in the shape of rapidly unfolding ecological collapse, yet, with the exception of a handful of communicators and a growing grassroots movement, almost nobody in positions of power wants to even talk about it.

For decades, David Attenborough has revealed the wonders of the natural world to millions. In recent years, his tone has grown dramatically darker. His Blue Planet II series brought the devastating impacts of plastic pollution on the once-pristine oceans forcefully to a global audience, and in so doing, triggered a genuine sea change in public attitudes.

The plastics crisis pales into almost insignificance compared with how carbon dioxide emissions from human actions are drastically altering the very chemistry of the biosphere. Attenborough this week swung his editorial gaze to the wider carbon crunch, with a hard-hitting documentary on BBC titled: Climate change - the facts.

This is the first time in 12 years the station has tackled this topic head-on. Considering the scale and urgency of the crisis, this is, to put it mildly, astonishing.

“Right now, we’re facing our gravest threat in thousands of years”, is how Attenborough began. If that sounds like hyperbole, consider the major study published by the US National Academy of Sciences in 2017. It described the ongoing collapse of global biodiversity as “biological annihilation”, adding that it paints “a dismal picture of the future of life, including human life”. This bleak assessment is broadly supported by every major scientific institution and research journal in the world.

Ireland’s collective response to the climate crisis has been woeful

Climate breakdown has been labelled the “problem from hell”. Sphinx-like, it appears both remote and abstract, yet simultaneously overwhelming and complex. If ever a crisis seemed designed to stymie humanity’s ability or will to confront it, this is it.

While Ireland’s collective response to the climate crisis has been woeful, the 2017 report by the Citizens Assembly revealed a previously untapped public appetite for radical action. This in turn gave the political impetus for the creation of the Oireachtas Joint Committee on Climate Action (JCCA).

Chaired by Hildegarde Naughton TD, it has just published a surprisingly good report. While a spat with dissenting left-wing parties over carbon taxes has dominated much of the coverage of the report, its excellent chapter on education and communication deserves wider attention.

For every person killed on our roads, more than 10 die as a direct result of air pollution from fossil fuel burning

Here, the committee recommended a complete overhaul of the primary and secondary school curriculum to “ensure the next generation is fully literate on the issues”. The present self-regulated system means some Irish school textbooks contain egregiously inaccurate information on basic climate science.

The 15,000 students who took to the streets of Dublin last month as part of the global school climate strike served as a reminder that the young are waking up to climate chaos even as their parents’ generation slumber. The Extinction Rebellion protests on the streets of Dublin and Cork over the weekend are further evidence of the growing alarm at the prospect of widespread ecological collapse.

People get most of their information via the media, and the prominence it gives to a story shapes how seriously the public regard it. Since the climate crisis is covered only fitfully, and often simply framed as a dispute between opposing factions, it’s hardly a surprise that so many people have no idea just how dire the situation already is.

The JCCA report recommends: ‘the imposition of climate change content quotas on all licensed broadcasters’ as is now the case for news and current affairs. This is a bold, potentially transformative proposal, as it would require broadcasters to develop expertise and real depth in this crucial field.

For every person killed on our roads, more than 10 die as a direct result of air pollution from fossil fuel burning, yet not one cent is spent informing the public of this deadly yet avoidable threat. Climate breakdown will kill many, many more, so why aren’t we having an urgent national conversation about it?

When queried on the station’s poor performance, RTÉ director-general, Dee Forbes cleverly flipped the question, stating that the station’s coverage simply mirrored government inaction. RTÉ’s first climate documentary in years, fronted by Philip Boucher-Hayes, is due on air in November. It needs to be the first of many.

1 Dublin gangland figures involved in Drogheda feud that killed 17-year-old
2 Mary Lou has to call for the smelling salts as SF councillor deals a knock-out blow
3 Patrick Freyne: The mystery of Dermot Bannon and his many surrogate wives
4 Who was murdered teenager Keane Mulready-Woods?
5 Murdered and mutilated: Keane Mulready-Woods and the teenagers of gangland
Real news has value SUBSCRIBE