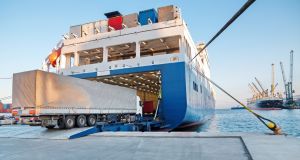 Whatever happens, we are heading for a hard Brexit with Britain leaving the EU single market and the customs union. Any hope of a future of frictionless trade is long gone.

Businesses are from Mars, politicians are from Venus . Political negotiations always run to the last minute and beyond, as we are now seeing with Brexit. But when you are dealing with something as complex as one of your key trading partners leaving the EU trading regime, then the extent of preparation required by businesses is huge and the complexities enormous.

With less then a month to go, there is still way too much to be decided and way too little time for vital preparations, especially as some key unknowns remain.

And now, with the talks paused and the outcome of a discussion between UK prime minister Boris Johnson and European Commission president Ursula von der Leyen awaited, the prospects for a deal are on a knife-edge.

Deal or no deal, there are risks now of disruption to trade in January and the certainty of much higher costs to businesses. If a deal is done, then both sides may act to try to mitigate this by phasing some changes in. But remember that whatever happens now we are heading for a hard Brexit with Britain leaving the EU single market and the customs union. Any hope of a future of frictionless trade is long gone.

The scale of change is simply massive – and there are still unknowns.

One practical advantage of a trade deal would be a better environment to try to lessen some of the damage, even at the 11th hour, and to work out the hundred and one points of detail which will remain outstanding. And a deal would help to avoid some of the risks from the kind of standoffs which could follow if the UK crashes out – think fishing standoffs and maybe port blockades, delays on goods entering continental ports and thus huge tailbacks at UK ports and so on.

But either way this is going to be messy – and there are fears about the massive technical job of managing new customs requirements, which have imposed big costs on businesses here. And about whether all the official systems, particularly in the UK, will actually be ready.

Massive queues of trucks in Kent, on the way to Dover port, are possible, for example. And in turn this raises big concerns for Irish companies using the landbridge to the UK, through which 150,000 Irish trucks pass each year.

The Government says there will be enough direct ferry routes from Ireland to continental ports to avoid the bulk of any disruption. There have been some encouraging announcements, notably the new Rosslare to Dunkirk service.

Ferry companies are also prepared to react with other routes, it appears, and may have held off announcements partly due to EU rules related to advance bookings.

However, haulier and business sources remain nervous about the landbridge delays and the likely availability of enough ferry capacity, particularly for the roll-on, roll-off services used for time-sensitive food products.

Half of food imports come from the UK, including many staples in areas like cereals, prepared meals and so on, as well as many household products.

And any big delays on products entering France, for example, could quickly transfer into big queues in the UK, delays leaving Irish ports and big queues heading in to Dublin and Rosslare ports.

We tend to forget how precise and time-constrained delivery schedules have become. Irish companies have been restructuring these chains, putting stocks in place and generally trying to game plan what will happen, as well as preparing for the massive and costly extra bureaucracy involved in customs procedure with the UK.

Meanwhile, companies in Northern Ireland are still unsure how some key aspects of the Northern Ireland protocol will work in practice. The price will be paid in delays and disruption. A survey by the Food and Drink Federation in the UK said four out of every 10 suppliers from that sector to the UK will pause or reduce sales to Northern Ireland after Brexit .

Grocery trade is particularly complicated, with multiple products typically in one lorry – and a need to agree how the relevant checks are made. There will be nervousness in the trade in the Republic too, with supply chains often integrated with the UK, or relying on it to a significant extent. The big companies have spent a lot of time and money developing solutions to this. But the choice of products on our shelves could look different in January, at least for a time as this all settles down, and for longer if there is no deal and tariffs apply on imports.The cost of complying with bureaucracy could push up prices, and if there are tariffs they will certainly rise.

We have tended to focus on Brexit in terms of exports – because of the intense threat in some areas. But half of food imports come from the UK, including many staples in areas like cereals, prepared meals and so on, as well as many household products. All of this trade faces new costs whatever happens now.

It is hard to predict the change this will bring, but it will be substantial, as the economics of so much of this trade and investment is affected. There will be gains for Ireland here too, notably in supplying EU markets currently served from the UK and in attracting investment here that would otherwise have gone to Britain. These could be substantial, but they will take longer to appear than the costs.

Trade deals tend to suddenly come together at the end of negotiations, or more slowly fall apart as both sides are reluctant to abandon what has been agreed, but just can’t get it over the line. A lot is at stake, economically and politically. But, either way, we need to realise we are now heading for a hard Brexit and a fundamental change in the economic relationship with our nearest neighbour.