Majority of mothers do not want full-time work, so why is Zappone acting as if they do? 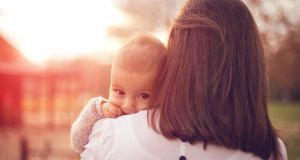 In a recent opinion poll carried out by Amárach research, the Iona Institute (of which I am a patron) asked this question: “If money were no object, and you were free to do whatever you wanted, would you stay at home, would you work full time or would you work part time?”

The immediate objection is that the question is nonsensical, akin to asking: “If pigs might fly, what kind of rashers would you like?”

However, in 2013 the New York Times thought it was worth asking the same question, and the fascinating thing is far fewer people want to work full time than you would think, and that is true of both the Irish and Americans.

Strangely, in a world where choice is fetishized, sometimes as if it were an absolute value, clear expressions of personal choice like those represented by these poll results make politicians very uneasy.

Our Minister for Children Katherine Zappone is very much in favour of the Ford model of choice when it comes to childcare.

Henry Ford once said: “Any customer can have a car painted any colour that he wants so long as it is black.”

He wanted cars rolling off the assembly line as quickly as possible, and black paint dried quickest.

Zappone appears to believe that centre-based care by professionals (and the odd registered childminder) is the only model that should be supported and incentivised.

Forget Granny, Aunty, or best friend, Meg. All deficient, apparently. As for Mammy? Really, really out of the question.

Zappone has more than that in common with Henry Ford.

He was open and evangelistic about his belief that mass-produced goods produced for high wages in automated factories would lead to consumerist Nirvana in rapid order.

The odd thing is that because most mainstream feminism also operates on a model of extreme individualism and financial autonomy, it is practically indistinguishable from capitalism in its insistence on seeing people primarily as economic units in the paid marketplace.

Our economy depends on people spending lots of time earning money, so that they can buy lots of stuff. If people stop doing that, then the economy falters.

Unpaid caring work is the great enemy of this model, as are people earning less and buying less stuff as a result.

As a model, it has several problems, and the first and most obvious is that the world does not have infinite resources.

In order to transition from a consumerist model to a sustainable model, we have to stop seeing paid work and consumption as the highest goals.

Meanwhile, the research continues to roll in showing the importance for children of time with their parents.

Last week, a study in Economic Journal found that a young children’s cognitive and social skills are improved considerably by spending more time with their mothers between the ages of three and seven.

But, if you see a mother as primarily someone who should be full time in the paid workforce and accessing centre-based childcare, those studies represent inconvenient truths.

These inconvenient truths are ignored despite the fact that we have glaring evidence that when women actually have the option to be full time in the workforce, they don’t take it up, and neither does it result in full gender equality.

Sweden is often presented as utopia, because of the wraparound childcare system with 480 days of paid family leave after a birth, with childcare guaranteed afterwards.

As a result, it is virtually unknown for women to work full time in the home.

However, Sweden still has a highly gender-segregated workforce.

In addition, according to the Swedish government, two out of every three people on sick leave are women, with a worrying rise in psychiatric diagnoses for women. Sweden is no utopia.

Our State should adopt a neutral attitude to people’s childcare choices and allow us to make our own decisions.

We could look to Finland instead.

After a long maternity leave, parents can choose to take a homecare allowance, which can also be used to pay grandparents or relatives.

Or they can choose a payment towards a private childcare provider or, alternatively, a place in a municipal childcare facility.

They have a statutory entitlement to work a 30-hour week after parental leave.

Or they can take unpaid childcare leave and keep their jobs for up to three years. Now, that’s choice.

1 Swedish expert backtracks on herd immunity for Ireland
2 Trump refuses to commit to peaceful transfer of power after election
3 Miriam Lord: Micheál has Mary Lou pegged as a street angel and House devil
4 Shelbourne Hotel statues to be restored to their plinths
5 Five lessons I learned preparing my house for sale
Real news has value SUBSCRIBE