Breda O’Brien: Charlie Brown and the real meaning of Christmas

Gently but explicitly religious, ‘A Charlie Brown Christmas’ is a holiday classic 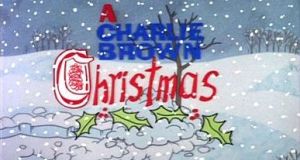 An image from ‘A Charlie Brown Christmas’.

I recently watched A Charlie Brown Christmas, an animation first broadcast in America 51 years ago. It was groundbreaking at the time. It used children’s voices rather than adults pretending to be children, and its eclectic soundtrack ranges from jazz to Beethoven.

Charles M Schulz, the creator of the cartoon strip Peanuts, had also insisted that there should be no laugh track.

For those of you who know the Peanuts characters (Schulz himself hated that name, and originally called the cartoon strip L’il Folks), the half-hour Christmas special visits familiar territory.

Charlie Brown is his usual mildly depressed self because, even though it is Christmas, he is still not happy.

His abrasive and bossy friend Lucy, who runs a stall which offers psychiatric advice for five cents (paid in advance) diagnoses him with “pantophobia” – fear of everything.

Lucy decides that Charlie Brown needs social involvement, so she makes him director of the school play. As usual, there is a hidden agenda. Lucy decides that the nativity play needs a Christmas Queen, played by herself, naturally.

Most of the cast cheerfully ignore him, leaving Charlie Brown feeling even more useless. He decides that the play needs a Christmas tree.

He and Linus, Lucy’s brother, set out to find one. Charlie Brown ignores the popular aluminium trees in favour of a spindly real tree, but is roundly mocked for this choice.

In despair, Charlie Brown demands to know if anyone can tell him what Christmas is all about. So Linus steps forward into a circle lit by a spotlight on the stage, and proclaims from memory the King James version of the annunciation to the shepherds of the birth of Christ from the Gospel of Luke.

Inspired, Charlie Brown tries to decorate the despised tree, and his friends are unaccustomedly silent, trailing out of the auditorium in his wake.

But the tree bends under the weight of the first bauble Charlie Brown attaches to it. He is driven to despair once more, and exits from the scene.

His friends, including his dog Snoopy, who has just won a large cash prize for the gaudiest display of Christmas lights, strip Snoopy’s kennel of its decorations and transform the tree.

The animation ends with all of them, including Charlie Brown, gathered around the tree singing Hark, the Herald Angels Sing.

The odd thing is that Schulz was really pushing out the boat – even in 1965 – by insisting on the inclusion of the passage from the Bible.

The CBS executives who had commissioned the show hated the whole thing, and were particularly worried about having such an explicitly religious message.

The producer reckoned that it would never have been aired at all, except for the fact that it was first shown to executives only a week before its December 9th broadcast, and if pulled would leave a gaping hole in the schedule.

A Schulz biographer, Charles J Lind, estimates that only 9 per cent of the era’s Christmas programmes contained explicit references to the Christian origins of Christmas, and most of those were through the singing of carols such as Silent Night.

The television executives were terrified of offending and alienating the audience. But, of course, the opposite happened. A Charlie Brown Christmas was overwhelmingly successful, winning both Emmy and Peabody awards.

Coca-Cola, the sponsor, received a lot of mail thanking it for being involved with something so openly Christian.

The programme has been broadcast every year since and is still a firm favourite with Americans.

In many ways, the story fits a familiar formula. Charlie Brown is a variation of Scrooge, although unhappily so, because he cannot enter into what Christmas is about.

Throughout the programme, there is a theme of worry about the commercialisation of Christmas.

Sally, Charlie Brown’s little sister, advises Santa that if he cannot bring her what she wants, that dollars in the form of 10s and20s, an enormous sum at the time for a child, will do just fine. Lucy is disappointed that Santa never brings her real estate.

The plot rests on finding the real meaning of Christmas, and the importance of the Christmas tree. (The programme led to the end of the popularity of aluminium trees, which were briefly a fad.)

This formula has been used for popular Christmas films ever since, from The Grinch to Home Alone.

The only real difference was the inclusion of the passage from the Bible.

This nervousness about a direct Gospel reference could be seen as part of what Matthew Arnold refers to in his poem, Dover Beach, as the “long, melancholy withdrawing roar” of the “sea of faith”.

Or perhaps it was a loss of confidence by a culture in its roots, or even an early manifestation of political correctness. Still, Schulz’s instincts were right and the television executives wrong.

People’s tolerance of an explicitly Christian message presented in a gentle way is higher than is supposed.

As Snoopy says to his friend Woodstock in another cartoon strip, everyone understands kindness. Merry Christmas.