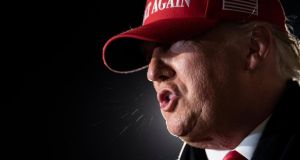 The riots on January 6th in Washington, DC, may have rightly ended Donald Trump’s political future, at least his ability to hold office. They also, finally, tipped the already destabilised, splintering Republican Party into a well-deserved existential crisis.

The first effect of the riots, or the ignominious end to a disastrous, destructive presidency, will benefit the country and the world. The second may not. Resilient, trusted democratic institutions require multiple political parties, at least as platforms for political engagement, policy formulation and political debate.

The need for multiple parties and diverse political perspectives is perhaps especially acute during moments of national crisis. In 2016, after the Brexit referendum, former UK prime minister David Cameron openly begged the then Labour Party leader Jeremy Corbyn to resign.

Whatever Corbyn’s strengths and weaknesses as a politician, he never garnered the public support and confidence required to win an election.

Recognising the necessity of an opposition party that would hold the government accountable as it embarked upon a risky, if not foolhardy, path to leaving the European Union, Cameron exclaimed: “It might be in my party’s interest for him to sit there – he’s not in the national interest. I would say: for heaven’s sake, man, go!”

For now, Republicans and Democrats are focusing on the individual politicians who facilitated Trump’s incitement of violence and encouragement of far-right groups and conspiracies. Well-known representatives such as Joaquin and Julian Castro, both of Texas – my own home state – and Alexandra Ocasio-Cortez have called for Republican senators Ted Cruz (Texas) and Josh Hawley (Missouri) to resign.

In an interview with the Texas Tribune, Joaquin Castro, who was waiting at the time for the building to be cleared of the rioters, criticised Cruz for conducting himself “shamelessly”. Castro, like a number of other policymakers, lambasted Cruz for letting his ambition to become president override principles and respect for the law, despite Cruz’s reputation as a brilliant lawyer.

Castro separated out his colleagues, Democrats and Republicans alike, between “people who respect the rule of law and want to preserve our democracy and people who are willing to cross the line”.

That characterisation also illustrates the state of party politics in the US, although the line refers not just to defying election results, but even simply agreeing to legislate to help citizens lead better lives.

The problem with the Republican Party is that its members have become fixated on stopping time, whether in relation to cultural change or equal rights, and correspondingly on protecting economic interests, at the expense of social unity and certainly the welfare of others.

Neither endeavour lends itself to constructive new thinking, so all they have achieved is staying in power for power’s sake, responding only to the demands of members – and specifically of those who vote in primary elections and donate money.

A vibrant opposition... would strengthen the legislation by asking questions and challenging assumptions, rather than just saying no or abstaining

I have witnessed the putrefaction of Republican Party policy through the normalisation of carrying guns in Texas. Several years ago, my husband caught a taxi to my brother’s house in North Dallas.

When he arrived at my brother’s street, the taxi driver insisted on him knowing the correct house, as he warned that in this neighbourhood, residents would come to the door with weapons if they did not know the caller.

Guns have always been around but when I was growing up, admittedly years ago, they were used to shoot dangerous animals that might stray into the backyard, not to symbolise strength in doorstep encounters with strangers.

Democrats may benefit from the Republican Party’s troubles, and certainly if the party divides into what Trump would call the Rino (Republican in name only) moderate branch and Trump’s Republican Party (led, if not by him, by his children and successors such as Hawley and Cruz). But the nation will not.

The Democrats under president Joe Biden will legislate to address the immediate health and economic crises and longer-term problems such as deteriorating infrastructure, reliance on offshore manufacturing, the prevalence of poor-quality jobs and climate change. A vibrant opposition, engaging as well with new ideas, would strengthen the legislation by asking questions and challenging assumptions, rather than just saying no or abstaining.

Political scientists and commentators in the US have suggested electoral reform, citing ranked-choice voting (the system here) in Maine and Alaska as good examples of how elections should be run. Others have pushed for expanding the membership of parties, so that political leaders are not beholden to a ‘base’ to succeed in the primaries (where Trump has been effective in elevating loyalist candidates).

Republican Party primary voters tend to be older, more religious and wealthier than the local district population, and more likely to be male and white than their Democrat counterparts.

According to a Brookings Institute analysis of the 2018 primaries in the US, Republican Party voters favoured candidates who expressed similar cultural values and largely identified themselves both as Trump supporters and very conservative.

The Republicans should welcome dissent and fractures, so that individual ambition ceases to mould party operations

Perhaps the Republican Party needs to look to the opposition for lessons. The Democrats, like the Labour Party in the UK, comprise groups with divergent political interests and policy recommendations. The media likes to focus on tensions that ostensibly undermine the party leadership and electoral success.

However, the differences translate as well into accountability for policy agendas, and, inversely, deter the imposition of a personal mandate, as Trump has done with his party.

George Washington famously, and presciently, warned that political parties can become “potent engines, by which cunning, ambitious and unprincipled men will be enabled to subvert the power of the people and to usurp for themselves the reins of government, destroying afterwards the very engines which have lifted them to unjust dominion”.

Keeping Washington’s lesson in mind, the Republicans should welcome dissent and fractures, so that individual ambition ceases to mould party operations. Likewise, its members, who have allowed an unprincipled man to ruin their party, will understand their role as active participants in discussing and choosing ideas rather than blindly answering the call of their leader.