Beware the perils of Veganuary 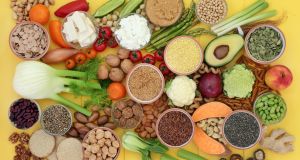 Once joyless and judgemental, those who practice the nutritional totalitarianism of veganism have shed their glum and anaemic look to become fun, inclusive, and radiant advocates of a virtuous and hyper-ethical lifestyle movement.

Dry January (the practice of abstaining from alcohol during the first month of the year) can’t get a look in this year due to the already staggering success of “Veganuary” - the push to get people to eat only a vegan plant-based diet (no meat or dairy allowed) for the month of January.

Early indications are that record numbers of people are signing up to participate in this exponentially growing food movement. We’ve been here before with fashionable and faddish food trends - the Alkaline, Paleo and Keto diets all had their 15 minutes of Social Media fame - but Veganism claims it offers a complete solution. Not just to our personal health but also the elimination of needless cruelty in animal agriculture practices and a dramatic decrease in the damage we are inflicting on the environment.

Whether it be a food magazine editor in the UK being sacked for a joke he made about vegans in a private email or the furore provoked by the news that the bakery chain Greggs are now offering a Vegan sausage roll option, the food movement has come in from the cranks ‘n’ crazies margins to the sunlit uplands of the mainstream.

Celebrities are already all over veganism like bees to a plant-based honey substitute. The power couple that is Jay-Z and Beyoncé ushered in the New Year by reaffirming their Vegan vows and saying that it was matter of “global importance” that their fans become vegans.

Vegetarian politician Jeremy Corbyn avers that “some of my best friends are vegans”.

Supermarket chains and fast food outlets now routinely offer a range of vegan alternatives. Last year Guinness joined the Vegangelical movement by announcing that they will be no longer using fish guts in their filtration process thus ensuring they were vegan compliant.

Market analyst and trend forecasters are falling over themselves to stress the importance of the fast growing Vegan economy. A new plant-based burger company, Vurger, hit its £150,000 investment target in less than 24 hours a few weeks ago. Richard Branson and Bill Gates are just two of the many famous business names investing massive amounts of money into a meat and dairy substitutes industry which is predicted to be worth $40 billion by 2020.

Some aspects of a vegan diet hit the nutritional bulls-eye; independent experts have been telling us for decades now that we should be consuming less meat and eating a more plant-based diet.

Veganism shines a necessary light on the oft-times barbaric practices of animal agriculture. A study conducted last year by researchers by the University of Oxford found that eating a vegan diet could be “the single biggest way” to reduce our environmental impact on the earth - having a greater effect than switching to an electric car even.

But Veganism is also a diet rich in zealotry. It is an absolutist doctrine that demands the elimination of many important food groups from the diet. It is, by definition, a form of food restriction. Renowned chef Anthony Bourdain once referred to vegans as “the Hezbollah-like splinter faction of vegetarians”.

On a practical level, veganism can, food-wise, make day-to-day life seem like an obstacle course.

On a nutritional level - to take just one of the troubling aspects of a vegan diet - you are running the severe risk of having a deficiency of the crucial vitamin B12 because there are no vegetable sources of this vitamin. This is not inconsiderable - one of the many effects of B12 deficiency is the possibility of permanent neurological damage.

There are concerns that many of today’s new vegans are coming from the teenage/twentysomething demographic, many of them persuaded by the “woke” cachet of veganism - compassion for animals, care about the environment.

Adopting a vegan diet - which even allowing for the fashionable fanfare of it all, is still a radical nutritional move - should be discussed with a GP or a dietician. And a 19 year old food blogger with pink hair who posts pictures of Amaranth grain with the caption “Nom nom nom” is not a dietician.

Instagram influencers who advocate veganism as the only natural way of eating need only to be asked the question that if the vegan diet is so “natural” why do trained and experienced medical practitioners insist that the diet requires food supplements in tablet form?

Eating disorders are a problem for a younger generation living in a social media world. There are worries that veganism is the perfect hiding place for anorexics due to its emphasis on food restrictions.

Veganism feeds into the ongoing neuroticism about the food that we eat - that foodstuffs carry a nutritional, political and ecological weight. Common sense runs for cover as the shrill voices of absolutism come to dominate. “Would you eat your own dog?” ask vegans. If the alternative is a flaxseed cutlet, that’s a tough call.

Still a predominantly middle class concern, this new normalization of veganism has seen a glut of expensively-priced food products - distinguished by a big V sign on the packaging - hit the supermarket aisles. What’s known as the “Organic Tax” applies here - whereby if you call something Organic or Gluten-Free etc you can raise the price by 30% - which is particularly galling in the case of Vegan meals as they look like something last seen floating on top of a pond.

We live in a food economy where the price of a handful of organic blueberries is more expensive than a pack of 28 supermarket own brand burgers. Where a working parent may not have the time, energy, money or will to rustle up an Amaranth and Quinoa risotto, where we are being guilted into buying food with all the texture of damp cardboard for the greater good of saving the planet.

There is more to all of this than a quasi-ideological adherence to eating only plant-based foodstuffs. Veganism asks very good questions of our food systems but is perhaps not the definitive answer.

And there is something poignantly pitiful about supermarket signs going up to announce the introduction of a “Vegan Aisle”. Since the first supermarket opened in 1915, there has always been a Vegan aisle in every supermarket. It’s called the Fruit and Vegetable section.

3 Oscar Wilde, my grandfather, ‘talked himself into prison’