After the Belfast rape trial, the city needs its rape crisis centre back

The service petered out after promised funding did not materialise 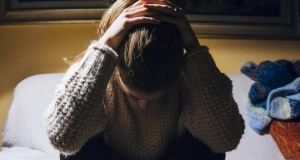 Rape-crisis centre: that someone would think support, understanding and advice were available only to discover they were not seemed particularly cruel. Photograph: E+/Getty

In the midst of all the distress and soul searching that have followed the case that has become known as the Belfast rape trial, the news that a new rape-crisis service is to open in Northern Ireland is something to celebrate.

During the trial a young woman gave evidence that, after her friend alleged she had been raped, she had looked up Belfast Rape Crisis Centre online and found a phone number.

She tried to ring but could not get through, so she drove her friend to the address given. They walked up and down the street.

Eventually, they went to a nearby sexual-health clinic, where they heard that the rape-crisis centre had shut down. I knew this, but this evidence still made me desperately sad. The idea that someone would think that support, understanding and advice were available only to discover that they were not seemed particularly cruel. I thought of all the other women who must also have gone searching along that street. What had become of them?

In some cases, with gentle encouragement, they would eventually find a way to tell you what had happened. Some women rang several times before they got up the courage to do this.

Often, women would be convinced that they would not be believed. This was particularly likely if the man who had raped them was of high standing within the family, the community or wider society. Women were overwhelmed by feelings that included anger but also shame and self-blame.

At that time rape was still a taboo subject. To speak of it was to attract misogynist rage and ridicule. Dublin Rape Crisis Centre, at which I was trained, had opened in 1979, and was under fire from the anti-feminist campaigners who were gearing up to have the Eighth Amendment inserted into the Constitution.

They simultaneously claimed that rape did not lead to pregnancy and that rape- crisis centres were a front for abortionists.

In the North, when “the violence” was spoken of, it meant the Troubles, and this other kind of violence was hidden away. It was an aggressive and macho society, properly described as an armed patriarchy. Consider the barbaric punishment of women by shaving their heads, tarring and feathering them and tying them to public railings.

Back then, for a range of reasons, some of them to do with sectarian politics, many women would not have dreamt of going to the police. Paramilitaries might kneecap a rapist, or send him into exile – putting other women at risk – but many rapists at all levels of society had impunity.

Belfast Rape Crisis Centre had a tiny budget when I worked there. We relied on volunteers. After I left, other women kept it going, still on a shoestring.

In 2002 the Northern Ireland Assembly directed the Department of Health that it was to be given “adequate funding to ensure its long- term future”.

That Assembly fell, and the promise was never fulfilled. The women who ran it kept going for as long as they could. The centre petered out rather than suddenly closing. But it is gone – and we need it back.

Rape is woven in complex and ugly patterns into our culture in ways that constantly shock.

The historian Mary Beard has revealed that the hateful messages she receives on social media after her television appearances include, “I’m going to cut your head off and rape it.” As she is a scholar, and fascinated, she traces this back to the potent gender violence within the story of Medusa – but as a woman she admits she is shaken. The justice system still does not work for far too many of its victims.

However, a rape crisis centre can offer the potential for healing. It should also constantly challenge from a feminist perspective the myths of rape, the many ways that victims are blamed.

Male violence against women and children, and some men, is rife on this island. Announcing the new service, Women’s Aid Federation NI pointed out that ongoing funding cuts have forced it to turn away people who need refuge. Another partner on this initiative Nexus NI, currently has 800 on its waiting list for counselling.

The absence of an Assembly in the North is once again a problem but this time the service must be properly and securely funded.

We need to talk about rape, and those who are its victims need this most of all.