Abortion debate: When does the human person come into being?

Opinion: Were they around today, theologians of the past could be excommunicated 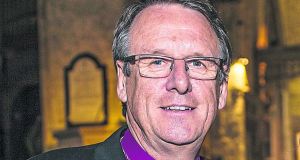 We have heard lots about human life but what of the evolving human person which, it is reasonable to expect, ought to be at the very centre of these discussion on abortion?

The truth – where both pro-life and pro-choice supporters are concerned – is that the unborn person has become a non- person in this debate, and in a very literal sense. It makes no sense.

Even where our churches and/or our other faith groupings in Ireland are concerned, the unborn person has ceased to exist in the context of abortion. It was not always so.

In all the many statements issued by Catholic and Church of Ireland bishops on the Eighth Amendment referendum to date just one has addressed, if obliquely, this very central issue.

In a letter to his diocese on April 12th last the Church of Ireland Bishop of Limerick and Killaloe Kenneth Kearon noted that: “The Bible certainly speaks of life in the womb before birth (Ps 139. 13-14, Luke 1.41-45, Psalm 22. 9-10, and many other references), but none of these seek to identify the moment when life begins, and do not say that life begins at conception.”

He continued: “When we look to the traditional teachers of the church, St Augustine and St Thomas Aquinas for example, we find speculation about the beginning of life, often equating it with ensoulment (when the soul enters the body) or with the time when the mother first ‘feels life’ or movement, all of which are stages long after conception has taken place.”

Modern biology “which recognises that very many conceptions do not continue on through the various stages of development to become births but are ‘lost’, does appear to support this line of thinking also,” he said.

There Bishop Kearon was referring to the scientific finding that up to 55 per cent of ova (eggs) that have been fertilised are miscarried soon afterwards.

Why is he the only Church leader in Ireland to raise this hugely important matter of the unborn person, so very central to any debate on abortion? Why is it not being discussed either people who hold pro-life or pro-choice views on abortion?

Where has the unborn person gone?

Next year will mark the 150th anniversary of its disappearance from Catholic Church teaching on abortion. For the greater part of its 2,000 year history until 1869, it taught that no homicide was involved if abortion took place before the foetus was infused with a soul. “Ensoulment” was the word used to describe this. Some of the greatest theologians in the Christian tradition held this view. They taught that ensoulment took place at “quickening”, when the mother detected the child move inside her womb for the first time.

In 1591, Pope Gregory XIV determined that quickening took place at 166 days of pregnancy, almost 24 weeks. He said that, prior to quickening, “no homicide” was involved if abortion took place.

However, in 1869 Pope Pius IX outlawed abortion from the moment of conception under penalty of excommunication.

It means that, were they around today, some of the church’s most eminent thinkers could face excommunication. These include at least three of the 34 Catholic Church “super saints” – Jerome, Augustine and Aquinas – all of them “Doctors of the Church”.

It has been argued by contemporary church apologists that those saints did not have knowledge of the discovery of the ovum in 1827 and of the human fertilisation process in the 1830s.Then, as they put it, such saints would have known that human life began at conception.

But the issue was not about when human life began. It never was. Those saints did not dispute that human life began at conception. Their uncertainty concerned when the life of the human person began.

They did not believe that human life had a soul at conception but held it did not become a human person until ensoulment took place.

In Catholic teaching definitions of the person tend to be derived from the 5th century philosopher/theologian Boëthius who held that a person was “an individual substance of a rational nature.” The key words being “individual” and “rational”.

Commenting on this definition St Thomas Aquinas concluded it applied to human beings because they are separate from one another, thus they are individuals, and because they are rational, that is, they “have control over their own actions and are not only acted upon as are all other beings, but act of their own initiative”.

He said, “the mere presence of the intellective soul is sufficient for personhood.” His ideas of initiative and rationality have been carried over into the concept of person as employed today by bioethicists and philosophers when they use the term “consciousness”.

Aquinas and those other saints prior to 1869 did not believe that a collection of biochemical elements with potential, such as found in the fertilised ovum, was a person.

They sought evidence of emerging consciousness. In those pre-scientific days they settled on quickening as the great indicator of that.

St Jerome (died 420) wrote, in his Epistle, “the seed gradually takes shape in the uterus, and it does not count as killing until the individual elements have acquired their external appearance and their limbs”.

St Augustine (died 430) wrote in On Exodus that early abortion should not be regarded “as homicide, for there cannot be a living soul in a body that lacks sensation due to its not yet being fully formed”.

St Thomas Aquinas (died 1274) held “the vegetative soul, which comes first, when the embryo lives the life of a plant, is corrupted, and is succeeded by a more perfect soul, which is both nutritive and sensitive, and then the embryo lives an animal life; and when this is corrupted, it is succeeded by the rational soul introduced from without (ie by God)”.

This view of Aquinas was confirmed as Catholic teaching by the Council of Vienne in 1312, and has never been officially repudiated by Rome.

Indeed, as recently as 1974 the Vatican’s Congregation for the Doctrine of the Faith acknowledged that the issue of ensoulment was still an open question.

In 1990 American moral theologian the late Fr Richard Mc McCormick SJ wrote that the pre-embryo not being a human person is “solidly probable”.

Other theologians have since supported this view based on the high wastage that occurs in ova soon after fertilisation and which they have concluded argues against the probability of ensoulment at that stage.

To do otherwise would be to suggest that more than half of ensouled humanity lived for a matter of hours only, which they believed unreasonable to conclude.

Augustine, Aquinas and others held to their belief in delayed ensoulment on the basis that a human soul could be infused by God only when the body had reached an adequate level of development during pregnancy.

Regardless, the issue in this debate is not when human life begins, that is undisputed. What is at issue is when, during pregnancy, the human person comes into being. It is what we ought to be discussing in this debate.

5 Fintan O’Toole: We had zero Covid and we blew it