A world class insolvency regime which we must now use 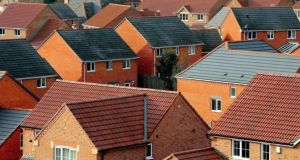 The latest incarnation of our personal insolvency regime is designed specifically to keep people in their homes. Photograph: PA

In 2011, Bill Clinton put mortgage arrears resolution front and centre of our economic recovery. He claimed there would be no widespread economic recovery until this issue had been dealt with properly.

He was right then and remains so. Economic recovery will not be real, sustainable or widespread until the scourge of mortgage arrears is finally and comprehensively resolved. European Central Bank president Mario Draghi recently echoed Clinton’s analysis, maintaining that mortgage arrears on the scale we have in this country will act as a serious drag on our economy.

On a positive note, we now have one of the most powerful personal insolvency regimes in the world – designed specifically to keep people in their homes. Our law goes further than that in other jurisdictions and a fortnight ago was further strengthened so judges can now force deals on banks where a family home is at stake.

The great shame is that those most in need of its help are unaware of its existence or its power. The media, often preferring soundbite to substance, has contributed to the general confusion surrounding personal insolvency in Ireland. But soundbites, hyperbole or hysteria are not remedies to this national problem. The message needs to go out, loudly and clearly, that there is a functioning system that can resolve mortgage arrears in a fast, fair and sustainable way.

The PIP, taking account of the borrower’s circumstances, can propose a deal to the bank and to any other creditor which would have the effect of making the borrower solvent (able to pay all his debts as they fall due) and of keeping the borrower and their dependants in their home. This is the overriding job of the PIP: to come up with a fair and workable solution designed to get the borrower back on a sound financial footing while at the same time, wherever is reasonably possible, preserving the family home.

The creditors consider the proposal and are entitled to vote on it. It is open to them to reject the proposal. The PIP can now go to court, however, and the court has the power to direct acceptance of the terms of the proposal as made.

There are of course matters that a court must take into consideration when deciding whether or not to force a deal on a reluctant bank. Fundamentally the judge must decide whether the deal is “fair and equitable” within the rubric of the overriding objective to keep a family in its home. It can consider the conduct of the bank in attempting to recover its debt and the conduct of the borrower in dealing with his or her issues.

Take a family that cannot afford its mortgage of €500,000 and lives in a house worth €300,000. The family has other debts also. A PIP can propose a deal that reduces the mortgage to as low as €300,000; elongates the term of the mortgage; and reduces the interest rate – all to a point at which the family can afford the mortgage. A court can enforce the deal. The other debts will be written off substantially to provide space for the mortgage payments. The family is now solvent and its home is safe.

This is an unprecedented but entirely appropriate power vested in the courts, given the context of where we are and where we have come from.

The insolvency system is augmented by bankruptcy laws that are among the most benign in the world.

Bankruptcy is most effective in putting an immediate and unconditional end to all debt. It best applies to those who built small businesses and whose lives were turned upside down by the financial crash. They are entrepreneurial and want the chance to start again – many have already started but limp rather than run.

The legislature can legislate but cannot make us use new systems. The Government has undoubtedly stood up to the plate and, over one Dáil term, Ireland has moved from bottom to top of class in having laws that can deal with unsustainable debt. It is now up to us to grasp the nettle and to finally move on. Ross Maguire is a founder of New Beginning