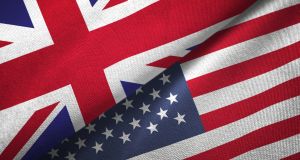 A Biden presidency may force a reassessment and rethinking of the current political strategy of playing fast and loose with the political status of Northern Ireland.

Much ink has been spilled on declaring the US presidential race as the most consequential election in a generation. This may well be true . But it speaks much to the political climate in Britain and Ireland right now that one of the questions on the lips of policymakers is: what does it mean for Brexit?

As the denouement of negotiations approaches, and a no deal exit is increasingly threatened , anxieties plague the minds of the UK and Irish governments. Moreover, the compounding effect an exit without a trade deal will have on the already testing economic climate of a pandemic serves only to intensify these concerns.

To this end, in recent weeks Dublin and London alike have been mulling over what a Biden victory might mean, whether Trump would have been a better ally to Johnson’s Brexit project than his challenger and whether the result will have any material impact at all on the future of Anglo-Irish relations as Westminster navigates its exit from the European Union’s trading regime and structures.

It has been nearly two months since the Conservatives presented the Internal Market Bill. And in the ensuing weeks much of the upset and furore it whipped up has been subsumed by troubling coronavirus figures and the highly febrile presidential race in the US. But we should not so readily forget that Biden made a critical intervention over the Bill that could mean the UK reneges on aspects of the withdrawal agreement, threatening to undermine some of the provisions of the Belfast Agreement.

On September 16th Biden tweeted: “We can’t allow the Good Friday Agreement that brought peace to Northern Ireland to become a casualty of Brexit. Any trade deal between the US and UK must be contingent upon respect for the Agreement and preventing the return of a hard border. Period.”

With this intervention it seems Biden had firmly nailed his colours to the mast. It should come as little surprise: Biden has wasted no effort in emphasising his Irish ancestry – visiting in 2016 and calling on his distant Irish relatives to help his campaigning efforts this year. He, too, often makes lofty gestures about the parallel qualities of Ireland in America, saying in 2016: “Everything between us runs deep – literature, poetry, sadness and joy, but most of all resilience.” And the Democrats are proud of their role in negotiating the 1998 settlement – seeing peace in Northern Ireland as something of an American legacy.

Leaning on these personal ties to Ireland may be a convenient political affectation for a presidential candidate in a country where 10 per cent of the population identifies as Irish American. But he does not appear insincere – and what matters to the process of Brexit is that these ties have manifested in direct and encouraging statements for Ireland throughout the campaign.

What was music to the ears for those in Government Buildings in Dublin was no uncertain cause for stress in Westminster. A coveted trade deal with the US became a major – perhaps the major – economic selling point of Brexit. In this vain Johnson has fashioned himself a Gordian knot. Without a trade deal with the US the benefits of leaving the European Union become increasingly harder to sell. But the type of Brexit Johnson is pursuing may well fail to fulfil the conditions demanded by Biden and the Democrat run House of Representatives.

But it would be a mistake to believe that a Biden presidency would spell nothing but difficulty for Johnson’s government. Though Trump may have been a preferred short-term partner to the UK – an ideological ally to the Brexit project, uninterested in hanging the political fate of Northern Ireland as a sword of Damocles over any trade negotiations – his blunt approach has caused all manner of headaches for foreign governments worldwide.

And though Biden has expressed his personal disapproval of Brexit, and made clear his interests in defending Ireland amid the negotiation process, it would be a mistake to cast aside the depth of the UK-US “special relationship”. What Biden offers the UK is a long-term reassertion of the country’s shared interests on foreign policy, climate change, and diplomatic standards that Trump in recent years has upended totally.

It is no secret that those at the helm of No 10 are inherently short-termist in their approach – favouring political expediency over long-term ideological projects. A Biden presidency may force a reassessment of these priorities and a rethinking of the current political strategy of playing fast and loose with the political status of Northern Ireland.

But what is good for Johnson in the short term does not translate into Britain’s long-term benefit. And crucially, this is not a diplomatic zero-sum game: what is good for Ireland is not necessarily bad for Boris. Rather, in Biden there may be a diplomatic rebalancing that works to the mutual benefit of Britain outside of the European Union and the ongoing peace in Northern Ireland.