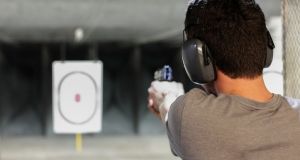 “We’re coming for you,” the NRA says to the New York Times.

The largest gun lobby in the US has said in a video ad it is “coming for” the New York Times.

In response to claims that the ad was a call to arms and a threat against the safety of Times reporters, Ms Loesch said anyone who interpreted the video that way was projecting “their violent fantasies on to others”.

Pressed about her comment that the NRA was “coming for” the Times, and asked how it could be interpreted as anything other than a threat, Ms Loesch said it was a call to action “in the battlefield of ideas”.

Ms Loesch, who rose to prominence through a newspaper column about motherhood and by hosting a “conservative alternative” radio show, was also the face of an NRA recruitment video released in June, in which she argued that people should join the group to defend the country against liberals.

In the New York Times video, published to the gun lobby’s Twitter account on Friday night, Ms Loesch accused the newspaper of making a “pretentious” claim that it provided accurate, fact-based journalism.

The impact of her statement, however, became muddled by her deployment of a little-used word, “fisk”.

“Consider this the shot across your proverbial bow,” Ms Loesch warned. “We’re going to fisk the New York Times.”

After many heard the word as “fist”, Loesch said in a Facebook post that “fisk” was a “common, causal term for thoroughly debunking something”.

The word is common to people familiar with the blogging culture of the early 2000s. It is thought to derive from the surname of the British columnist Robert Fisk, whose columns about US foreign policy were dissected by bloggers, leading to the creation of the term “fisking” to describe a thorough, point-point rebuttal of an argument.

The New York Times is not the first media company to find itself the target of Ms Loesch’s ire. In 2012, she sued the parent company of the conservative website Breitbart, where she was a writer and editor.

Ms Loesch claimed she was forced to terminate her contract because of an “increasingly hostile” work environment. White House adviser Steve Bannon was helping lead the website at the time.

“The external success of Loesch and Breitbart.com masked the emerging internal difficulties the new company had with managing the media ‘empire’,” the lawsuit said.

“For reasons that may just as easily be attributed to basic ideological conflicts, the working environment for Loesch became increasingly hostile.”