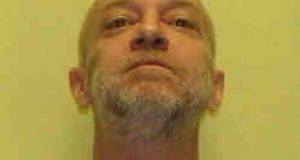 Ohio inmate Raymond Tibbetts was convicted of fatally beating and stabbing his wife, Judith Crawford, and fatally stabbing Fred Hicks, a man for whom she provided care. File photograph: Ohio Department of Corrections/Handout via Reuters

The governor of Ohio on Thursday postponed next week’s scheduled execution of a convicted double murderer in light of a letter from a juror in the man’s trial asking that he not be put to death.

In the letter, former juror Ross Geiger said the jury had not been given information pertinent to Raymond Tibbetts’s sentencing about his troubled childhood.

John Kasich, a Republican and 2016 presidential candidate, issued a temporary reprieve to Tibbetts, moving the execution date from February 13th to October 17th and asking the state’s Parole Board to hold a hearing in the meantime to consider the letter’s contents, the governor’s office said in a statement.

In the letter sent to the governor on January 30th, Mr Geiger said there was no question Tibbetts committed the murders but that factors about the defendant’s upbringing were omitted or distorted by prosecutors in the trial’s sentencing phase.

Tibbetts was convicted of fatally beating and stabbing his wife, Judith Crawford, and fatally stabbing Fred Hicks, a man for whom she provided care.

Mr Geiger said the defence presented only one witness in the sentencing phase, a psychiatrist who testified Tibbetts had a tough upbringing related to inattentive parents and poor foster care.

Prosecutors then told jurors many people with tough childhoods turn out fine, including Tibbetts’s four siblings, and that placing the convicted murderer in foster care as a child was the best thing for him, the letter said.

Mr Geiger said several years later he read a publicly available clemency report from 2017 that showed a history of abandonment for Tibbetts starting at age two and that of the four siblings, one died by suicide, another spent time in prison and another is essentially homeless.

He faulted the defence team for not calling the one sibling of Tibbetts who is leading a stable life and was willing to testify during sentencing about the difficult childhood they all shared.

Mr Geiger said Tibbetts deserves to be in prison but based on what he knows today, “I would not have recommended the death penalty.”

Erin Barnhart, an attorney for Tibbetts, lauded Mr Kasich, saying the governor had acted “in the interests of fairness and justice”.

“Because a juror from the original trial recently revealed flaws in the proceedings, there is now incontrovertible proof that Mr Tibbetts never would have ended up on death row had the system functioned properly,” Ms Barnhart said in a statement. – Reuters