Jim Carrey will 'give your daughter STDs, lie about it, call her terrible names' 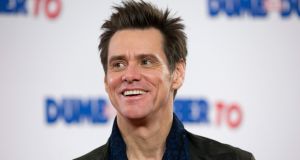 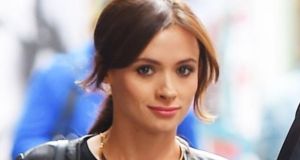 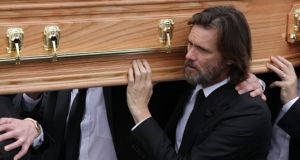 The mother of Jim Carrey’s ex-girlfriend Cathríona White is suing the actor for wrongful death, less than a month after Ms White’s estranged husband filed a similar lawsuit.

Brigid Sweetman said Carrey should be “ashamed” of his treatment of her daughter, following claims he illegally provided the Irish make-up artist with the prescription drugs that were involved in her suicide.

Lawyers for the Hollywood star have previously said the allegations are “bogus” and “categorically disputed”.

In a statement, Ms Sweetman said: “Jim Carrey should be ashamed of what he did to my daughter.

“And he should be ashamed for how he has used his Hollywood attorneys to badmouth Cat’s husband Mark with the hope that nobody will hold him responsible for what he did.

“As a family, we want the world to know the truth about who Jim Carrey really is - a man that will give your daughter three STDs, lie about it, call her terrible names and demean her, use his high-priced lawyers to try and shut her and her family up, and then give her illegal drugs.”

Referring to a note left by Ms White, in which she described being called a “whore” and “an opportunist” by the actor, Ms Sweetman said: “Every mother and father that has a daughter should read Cat’s handwritten letter to Jim and decide for themselves what kind of guy he really is.”

In papers filed with the Los Angeles Superior Court, Ms Sweetman is suing Carrey for wrongful death and the violation of the drug-dealer liability act.

She claims The Mask star tested positive for “numerous STDs” in January 28th, 2013, and provided a false name - Jose Lopez - for the test.

Mr Burton filed a similar lawsuit last month in which he claimed Carrey used his “immense wealth and celebrity status” to illegally obtain the Ambien, Propranolol and Percocet that caused Ms White’s death.

He also alleged that Ms White learnt Carrey had given her herpes type 1, herpes type 2 (genital herpes) and gonorrhoea in 2013, and that the actor pressured her to keep quiet.

In response to Mr Burton’s lawsuit, Carrey (54) said: “Is this the way a ‘husband’ honours the memory of his ‘wife?’ The real disease here is greed, shameful greed.”

Carrey’s lawyer Martin Singer also responded to Mr Burton’s lawsuit, saying: “My client will not pay money to end this opportunist’s transparent shakedown lawsuit, and this malicious case will be dismissed.

“Mr Carrey has suffered a great deal in the last year with the suicide of the woman he dearly loved, and it is outrageous that he should be subjected to this predatory lawsuit.”

Ms White (30), from Cappawhite, Co Tipperary, was found dead at her Los Angeles home in September 2015 after overdosing on prescription drugs.

A coroner recorded her death as suicide.

Ms Sweetman is being represented by lawyer Michael Avenatti, who is also representing Mr Burton in his lawsuit.

In response to Ms Sweetman’s lawsuit, Carrey’s lawyer Mr Singer said: “It is understandable that a mother who has lost a daughter will look for someone to blame.

“But in directing her grief and rage at Jim Carrey and joining this ridiculous lawyer’s attempt to capitalise on Cathríona’s suicide, Ms Sweetman is heading down the same dark path as Cathríona’s green-card ‘husband’ Mark Burton.

“Cathríona often lamented about her contentious relationship with her mother, how she was forced to leave home at the age of 15, and how they had been estranged for years.”