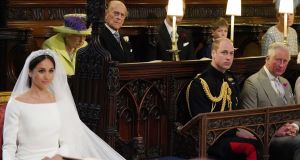 Meghan Markle in St George’s Chapel, Windsor Castle, on the day of her marriage to Prince Harry last May. Photograph: Jonathan Brady/AFP via Getty Images

Thomas Markle could be called to give evidence at the high court in London against his estranged daughter Meghan, as part of her ongoing legal action against the Mail on Sunday, after it emerged that the paper’s defence appears to rely on his account.

The Duchess of Sussex is suing the newspaper for breach of copyright, invasion of privacy, and misuse of personal data after it published excerpts from a letter she sent her father complaining about how he was treating her.

The Mail on Sunday filed its defence at the high court on Tuesday, arguing that the duchess and other royals “rely on publicity about themselves and their lives to maintain the privileged positions they hold” and that she could not “have a reasonable expectation ... that the contents of the letter were private and would remain so”.

The newspaper said there was a “huge and legitimate public interest” in the private lives of the royals and would defend the case, which comes as the British royal family struggles with the question of how to disentangle Prince Harry and his wife from public life.

Among the evidence disclosed in the court papers is highly personal text messages between Thomas Markle and his daughter in the run-up to her wedding in May 2018.

The Mail on Sunday’s defence dismissed the copyright claim by arguing the letter was not an original literary work, while suggesting that the duchess allowed her friends to brief the American celebrity magazine People on her behalf in February 2019. Among the claims made by People was that the duchess had sent her father a “loving” letter six months earlier.

The Mail on Sundays argues that Thomas Markle had the right to publicly defend himself and exercise his right to freedom of speech by making the letter public and giving an interview to defend himself against the briefing in People. It says he decided to release the letter only after being hurt by how it was characterised and claims that Meghan Markle expected it to be made public.

“Thomas Markle had a weighty right to tell his version of what had happened between himself and his daughter including the contents of the letter. She did not suggest that they try to repair their relationship.”

“Except for the receipt of the letter, Mr Markle had not heard from his daughter since he wrote to tell her he was too ill to attend her wedding, nor has he ever been introduced to or met Prince Harry or their son, his grandson,” the court documents said.

The Mail on Sunday also suggested that if the case went to court it would request copies of any private messages sent by Meghan Markle to her friends in which she authorises them to speak to the media on her behalf, potentially prompting further embarrassment.

The duchess’s legal team at the reputation management specialists Schillings has already confirmed that she kept a copy of the letter after writing it in hand, before sending it to her Los Angeles representatives to pass to her father. The royal has pledged to give any damages from the case to charity.

Prince Harry is separately suing the publishers of the Sun and the Mirror over allegations of historical phone hacking. – Guardian