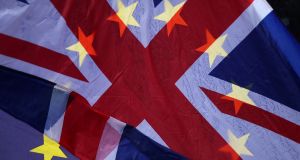 Downing Street has sought to calm worries that it plans to undermine the Brexit withdrawal agreement by passing fresh legislation to circumvent Britain’s obligations under the Northern Ireland Protocol.

Two Bills at Westminster will give British ministers the power to decide which goods should face checks crossing the Irish Sea and when to notify the European Union about state subsidies to business affecting the North.

The first Bill, to be published on Wednesday, will also allow ministers to decide if goods moving from Northern Ireland to Britain will require export declarations, which Brussels says are necessary under the EU customs code.

“We are taking limited and reasonable steps to clarify specific elements of the Northern Ireland Protocol in domestic law to remove any ambiguity and to ensure the government is always able to deliver on its commitments to the people of Northern Ireland,” said Boris Johnson’s spokesman.

In Dublin, the Government publicly downplayed the reports from London as “sabre rattling” in advance of the next round of Brexit negotiations. But behind the scenes there was some concern at the prospect of the United Kingdom walking away from the withdrawal agreement’s guarantee that a hard Border in Ireland would be avoided.

While Ministers and senior officials doubted that the UK would repudiate a treaty it signed last year, there was still alarm at the move. “What’s worrying is that they’re willing to play politics with Northern Ireland,” said one Government source.

Irish diplomats and officials embarked on a flurry of contacts with British and EU officials on Monday and Minister for Foreign Affairs Simon Coveney is expected to brief Ministers on Tuesday when the Cabinet meets.

Mr Coveney will also bring a memo on preparations for Brexit, which is likely to be published by the three party leaders on Wednesday. Sources said it will present a plan to prepare the Republic for a transition in how it does business with the UK after January 1st next year. It will outline two possible scenarios: a limited free-trade agreement; and a no-deal outcome, which would involve the imposition of tariffs on Irish exports to the UK in the new year.

The plan will stipulate that either outcome will involve “fundamental change for any business that trades to, from or through the UK”, according to a person briefed on its contents.

Talks between Britain’s chief negotiator David Frost and his EU counterpart Michel Barnier resume in London on Tuesday after Mr Johnson said that if no deal is agreed by the middle of October he will walk away from the talks. Downing Street stressed on Monday that Britain’s commitment to the Northern Ireland Protocol would persist regardless of the outcome of trade negotiation and that talks about its implementation were going well.

Speaking ahead of Tuesday’s talks, Lord Frost said there must be progress this week if a deal is to be agreed in time.

“We have now been talking for six months and can no longer afford to go over well-trodden ground. We need to see more realism from the EU about our status as an independent country. As we have done from the beginning in public and in private, I will reinforce our simple, reasonable request for a free-trade agreement based on those the EU has signed before with like-minded partners,” he said.

“Throughout, we have listened carefully to our EU counterparts, signalled flexibility where possible to move the talks forward, and tabled new proposals to make progress. But we have repeatedly made clear that key elements of our position derive from the fundamentals of being a sovereign state, and it’s time for the EU to fully recognise this reality.”