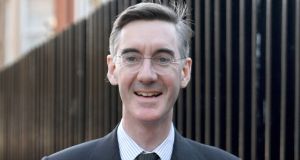 A Conservative Party investigation into allegedly Islamophobic comments by Boris Johnson has been denounced as a “show trial” by Jacob Rees-Mogg.

Writing in the Daily Telegraph, the prominent Eurosceptic suggested that the inquiry may be an attempt to scupper Mr Johnson’s chances of a future tilt for the leadership, driven by Theresa May’s “personal rivalry” with her former foreign secretary.

There were further signs of grassroots Tory anger over the affair, with the Telegraph giving over its whole letters page to reaction from readers after being “inundated” with messages of support for Mr Johnson.

And it was reported that letters have been sent to the party complaining about chairman Brandon Lewis, whose demand for an apology from Mr Johnson provoked an escalation in the row earlier this week.

Mr Johnson, who is holidaying abroad, is yet to respond to the furore sparked by his article on Monday, in which he opposed a ban on the burka or niqab, but branded the face-covering veils “ridiculous” and “oppressive” and said Muslim women wearing them looked like letter-boxes or bank robbers.

Mr Rees-Mogg suggested the attacks on Mr Johnson’s comment were a reflection of “envy” felt towards him because of “his many successes, popularity with voters and charisma”.

The howls of outrage directed at the former figurehead of the Leave campaign were “suspect” and the motivations of those attacking him “dubious”, said the North East Somerset MP.

“Could it be that there is a nervousness that a once and probably future leadership contender is becoming too popular and needs to be stopped?” asked Mr Rees-Mogg.

“This may explain the attempt to use the Conservative Party’s disciplinary procedures, but it has been handled so ham-fistedly that it brings only sympathy and support for Mr Johnson.”

And he added: “When Margaret Thatcher was leader, she and Michael Heseltine were hardly soulmates, but she would not have allowed personal rivalry to take the heat off the Labour Party, whose own deep internal divisions are buried in other news now, nor would she have countenanced any attempt to have a show trial.

“Attacking Boris merely helps the Opposition. It is time for good sense to assert itself, free speech to be encouraged and, as the summer rain falls, for hot-headed action to be cooled down.”

Conservative sources have insisted that the investigation into Mr Johnson’s comments was triggered automatically after the receipt of a number of complaints, one of which is understood to have come from the founder of the Conservative Muslim Forum, Lord Sheikh.

Mr Johnson’s comments on the burka have been branded “inflammatory and divisive” by Britain’s Equality and Human Rights Commission, but the watchdog made clear it was not launching its own investigation. - PA