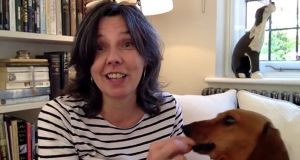 Ian Stewart has been found guilty of the murder of children’s author Helen Bailey. Photograph: PA 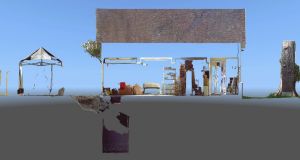 Undated Hertfordshire Constabulary handout laser graphic showing the depth of a well beneath the garage at the home of Helen Bailey in Royston, Hertfordshire. Photograph: PA 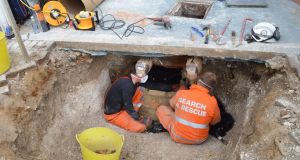 A handout photo issued by Hertfordshire Constabulary showing the process of recovery of the body of Helen Bailey. Photograph: PA 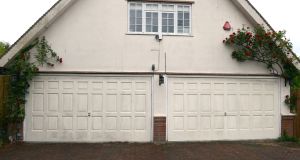 The garage at the home of Helen Bailey in Royston, where her body was hidden by Ian Stewart. Photograph: PA 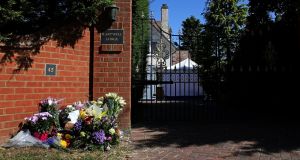 A file image showing tributes left outside the home of Helen Bailey in Royston in 2016. Photograph: PA 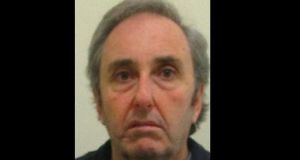 A police photo of Ian Stewart who has been found guilty of the murder of children’s author Helen Bailey. Photograph: PA

A “cruel” and “devious” man who drugged his fiancée, a successful author, and hid her body in a cesspit on their property has been found guilty of her murder.

Ian Stewart plied his partner, Helen Bailey, with sleeping medication for months, before killing her on April 11th, last year in a plot to take her money.

He then dumped her body in a cesspit.

Bailey - who wrote fiction for young adults, including the Electra Brown books - was planning her wedding to Stewart when he murdered her, hiding her body and that of her pet dachshund at their £1.3 million property in Royston, Hertfordshire.

He told her family, friends and the police that she had left a note saying she needed some time alone.

Stewart was also found guilty of fraud for altering a standing order; preventing a lawful burial for her by hiding Bailey’s body; and three counts of perverting the course of justice, including disposing of evidence, carrying out a “charade” in the days after her death and disposing of her mobile phone.

Hertfordshire police have confirmed they will now look again at the death of his first wife, Diane, who died suddenly in 2010.

At the time an inquest ruled she had died of natural causes. Police said there was currently no evidence to suggest her death was suspicious.

The 56-year-old had attempted to convince jurors that Bailey had been kidnapped by two men, known only as Nick and Joe, who assaulted him, saying the pair were business associates of Bailey’s late husband. But the story was dismissed as a figment of Stewart’s imagination.

He told police on April 15th Bailey had gone missing and referred to her in the past tense before correcting himself.

The next day he went to her holiday cottage in Broadstairs, Kent, “to see if she was there”. While Stewart was at the cottage, Bailey’s phone connected to the wifi. Police gathered the evidence from the router before it was later found with its data erased.

On the day of the murder, Stewart raided Bailey’s bank account, increasing a monthly standing order from £600 to £4,000. On the same afternoon, he visited a local refuse tip and was seen dumping a large white object, possibly a duvet used in the killing.

He then visited Bailey’s solicitor to attempt to push through the sale of one of her properties in Gateshead. He went to watch his son play in a bowls match, before going home and buying a Chinese takeaway.

During a six-week trial, St Albans crown court heard Stewart had befriended Bailey in an online group for bereaved people.

In a book about her struggle to cope after her husband drowned in 2011, Bailey described meeting Stewart, calling him “the gorgeous grey-haired widower”. They had been a couple for four years and living together for three when she went missing.

In the weeks after her disappearance, Stewart issued a seemingly emotional appeal for Bailey to get in touch, saying he felt “like my heart doesn’t even exist”.

A month later he renewed Arsenal season tickets using her bank account, and two months later he went on a two-week holiday to Spain. When he returned police arrested him on July 11th.

Bailey’s body was discovered in a secondary Victorian cesspit, which Stewart had kept secret during the original police search by concealing its opening with a vehicle.

After a two-day excavation, the 51-year-old’s body was discovered in a hard crust in the pit’s surface. Jurors heard that in subsequent interviews Stewart had maintained near-total silence.

Postmortem investigations found the sleeping medication zopiclone in increasing concentrations in Bailey’s hair from early February. In the weeks before her death, she had made internet searches including “I’m so tired, falling asleep at work” and “falling asleep in the afternoon”.

Bailey’s mother told jurors via videolink that her daughter had said she was worried her memory was playing tricks on her, recounting how she had left her dog behind on the beach at Broadstairs.

Stuart Trimmer QC, prosecuting, said: “Once Helen Bailey was effectively sedated, suffocation would have been quite simple, enabling the defendant to kill her with little or no resistance.”

Trimmer added that Bailey had been “grossly deceived by someone who was preying on her”.

Bailey thanked the police and individuals who had shown “invaluable” kindness.

In a statement he said: “Despite this victory for justice there can be no celebration. Our families have been devastated and nothing can ever bring Helen back to us, or truly right this wrong.

“A long shadow of loss has been cast over the lives of so many who will always remember Helen with enduring love and affection.”

At her memorial service guests were asked to write down what Helen’s life had inspired them towards, he said.

Among more than 160 responses, one said: “To help people when they needed a friend.”