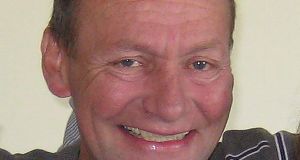 The family of a second-generation Irish man who died in the Grenfell Tower blaze say they have been left with a “gaping hole in our hearts that can never be filled”, after he was formally identified as having died in the fire.

Denis Murphy (56) is believed to have become trapped on the 14th floor of the tower block when the fire broke out on June 14th.

In a statement released through the Metropolitan Police on Wednesday, his family spoke of “an agonising 10 weeks” between the disaster and his formal identification.

Mr Murphy’s mother Anne had moved from Limerick to the UK.

In their statement, his family said: “The pain, loss and sorrow we feel is indescribable and we have been left devastated with a gaping hole in our hearts that can never be filled.

“To us he was an inspiration and an amazing, selfless, caring person and we feel lucky and blessed that he was part of our family, and his warmth and love will stay with us forever.

“What really matters to us is what he stood for - family, friends, community, loyalty and love - and our lives will never be the same without him.”

Mr Murphy’s formal identification came ahead of the opening on Wednesday of the latest inquests into victims of the fire in west London that killed at least 80 people.

These included inquests into the deaths of Hesham Rahman (57) and Ernie Vital (50).

They were identified by dental records and DNA from human remains found on the 23rd floor.

Mr Rahman, who lived alone on the floor where his remains were found, was said to have last made contact with his family at about 3am on the day of the fire, when he told them he could smell smoke.

He was reported to have had diabetes, making it difficult for him to walk down stairs. He was identified from dental records.

Westminster Coroner Fiona Wilcox said: “I understand this gentleman was in his own flat.”

Mr Vital, who worked in catering, is believed to have lived on the 16th floor with his mother Marjorie (68), who also perished in the blaze.

The family said he was a “proud, humble, mature and independent man”, a “loyal son” and a “law-abiding citizen”.

At least half a dozen family members sat in silence as Ms Wilcox heard the men’s preliminary cause of death was “consistent with the effects of fire”.

Expressing her condolences to those gathered, she opened and adjourned both cases - bringing the total number of inquests opened so far to 54.

To date, 57 people have been formally identified as having died following the fire at Grenfell Tower, including baby Logan Gomes, who was stillborn in hospital the day of the fire.

The inquests of two further victims are expected next week.