David Puttnam says he is ashamed UK voted for Brexit 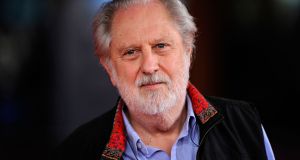 The UK’s referendum result left David Puttnam, Oscar winner and member of the House of Lords who lives outside Skibbereen in west Cork, feeling “deeply, deeply ashamed” about his country.

However, he is not surprised: “I’ve been in a state of anxiety for the last two weeks. I feel that all of its worst elements have combined to create a result which I consider to be a catastrophe for my grandchildren,” he said.

The Leave campaign was “disgraceful”, exploiting huge ignorance about the EU. “We have allowed a kind of Monty Python parody of Europe to become commonplace, and we’ve entirely failed to correct it,” he said.

The Sun’s version of Brussels has gone “unchallenged”, he went on. “The fault lies not so much with the people who foolishly voted to leave, but with people like myself and those in the media who did not pay enough attention to addressing and correcting people’s misapprehensions.”

The UK is now divided along geographical and class lines, with working class communities in the once industrial northeast voting strongly for Brexit. More dangerously, it is split along generational lines.

“Class is the least of the issues – I think the crucial split is between those who think there is a bright future to be won if we Europeans stick together, and those who want to return to some Merrie England of the past as a kind of safety net.

“That’s why I think the split between the young and the old is the most serious. We have a growing problem of pensions. Young people feel themselves to be supporting an ever aging population – that’s already a fault line.

“Now you add to that another generational split over Brexit and, over time, the situation could become very, very serious,” says the film-maker, who became a Labour life peer in the House of Lords in 1997.

A second Scottish independence referendum is now a possibility given that it had voted overwhelmingly by 62 per cent to 38 per cent to remain part of the EU, only to be outvoted by England and Wales.

“I would absolutely understand if the Scots decided they had no reason to share England’s moment of lunacy – why would they, why should they? Remember that historically, Scotland has always had stronger ties to Europe than England, and is particularly close to France. ”

Like others in Labour, Puttnam criticised Jeremy Corbyn’s performance during the referendum, describing it as half-hearted and lacklustre: “I don’t think the current leadership of the Labour Party ever had their heart in this.

“I think they felt conflicted – irrationally conflicted – and it was the unconvincing performance of the current Labour leadership that did much of the damage, particularly in the Labour heartlands,” he said.

“It is my sincere belief that had David Miliband won the Labour leadership contest six years ago, this would not have happened. He was a committed European and I’m convinced that today’s result would have been to remain if he’d been Labour leader.”

Northern Ireland’s 55.7 to 44.3 percentage points victory for Remain “was one of the few glimmers of good news”, but the UK’s decision could yet cause serious problems for relations with the Republic.

“The only caveat is if the EU decides to play hard ball and says to the Republic, “I’m sorry, you can’t have any special arrangements with the UK.” But on balance, the desire for the EU Commission to make this as painless as possible for the Republic probably means Dublin will get its own way.

“I would be stunned and amazed if there wasn’t some form of special arrangement because it’s neither in the Republic’s interest nor that of the North to have a ‘hard border’ – the costs . . . are colossal, and in the end who is going to pay for it?”

Since the referendum result is not binding, he would not rule out a second referendum in the form of a UK general election. Depending on who is then leading the main parties, this could become a plebiscite on the UK relationship with the EU, he pondered.

“I wasn’t remotely surprised by David Cameron’s decision to resign as prime minister . . . but equally I can’t see Boris Johnson winning the Tory leadership,” he said.

Johnson will not be “forgiven for his largely unprincipled actions,” he said: “Personally I think he’s Britain’s Berlusconi, and I don’t think the more serious people in the Tory party will allow a Johnson premiership.”

Home secretary Theresa May, who played a quiet hand during the referendum, is the more likely successor to Cameron: “I know her, and I’ve always found her a very decent woman.”

If chosen, May could borrow from Irish history and send Johnson and Michael Gove to negotiate London’s departure terms from the EU in the way that Éamon de Valera sent Michael Collins to negotiate the Anglo-Irish Treaty.

“It was the ultimate poisoned chalice – she might consider something similar for [them]. It’s likely they’d come back with very bloody noses, having to explain why a lot of the things they’d promised during the referendum couldn’t happen,” he said.

Describing Johnson as “the most unprincipled”, Puttnam said his campaigning for Brexit had everything to do with personal ambition, with little thought for the damage that would be done to the future prospects of hundreds of thousands of young Britons.

“Nigel Farage is, in a sense the least culpable – he’s always held exactly the same position – Johnson and Gove may be feeling good for now, but they are going to come under terrible pressure, and I hope they’ll both be held wholly accountable when they fail to deliver the future they sold.”

Puttnam reserves a particular ire for media baron Rupert Murdoch, who used the referendum to increase his commercial influence in the UK through his newspapers’ virulent anti-European campaign.