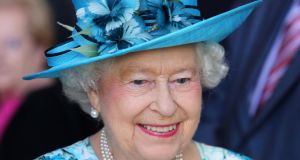 A Metropolitan Police spokesman said: “While the UK threat level from international terrorism remains severe, we would like to reassure the public that we constantly review security plans for public events, taking into account specific intelligence and the wider threat. Photograph: Tim P Whitby/PA Wire

The UK Metropolitan Police has encouraged people to continue with their plans to attend celebrations to mark the anniversary of the end of the second world war despite reports that British jihadis are planning to blow up the queen during the events.

The assassination plot is being orchestrated from Syria by Islamic State commanders, according to the Mail on Sunday.

The newspaper reported that extremists aim to explode a bomb in central London during events to mark the 70th anniversary of VJ Day — Victory over Japan — which are expected to be watched by thousands of people.

The Mail on Sunday claimed it was informed by sources that a specific threat was made against the queen, triggering a review of security arrangements.

A Metropolitan Police spokesman said: “While the UK threat level from international terrorism remains severe, we would like to reassure the public that we constantly review security plans for public events, taking into account specific intelligence and the wider threat.

“Our priority is the safety and security for all those attending or involved. The public are encouraged to continue with their plans to attend or take part in events as normal.”

The spokesman insisted that Scotland Yard was on the look out for terror threats emanating from the UK and abroad.

“The police have for some time recognised, and spoken about, the fact that the fight against terrorism has a number of challenges; the real threat from nationals returning as trained terrorists from Syria and Iraq; the equal threat of those who have not travelled being encouraged and incited to commit attacks in the UK and the young and vulnerable being enticed out to Syria through internet based grooming.

“The police, together with our security partners, remain alert to all terrorist threats that may manifest here or where individuals overseas may seek to direct or inspire others to commit attacks in and against the UK.

“It is always helpful when journalists share with us information that could indicate terrorist or criminal activity,” he said.

“We would also like to reiterate our long-standing advice to remain vigilant and alert.

“As ever we would urge the public to get in touch to report anything suspicious by calling the confidential anti-terrorist hotline on 0800 789 321 or in an emergency by calling 999.”

Buckingham Palace refused to comment on the reported threat. The Queen and members of the Royal Family will take part in a series of events on Saturday, August 15th.

A service attended by the queen and duke of Edinburgh, veterans, former prisoners of war and civilian internees will be held in central London.

Later that afternoon the prince of Wales and duchess of Cornwall will be joined by senior political and military figures, veterans and their families for a special commemorative event at Horse Guards Parade, featuring a fly-past of historic aircraft, a wreath-laying ceremony, readings and hymns.

After Victory in Europe Day on May 8th 1945 the Japanese finally surrendered on August 14th following the dropping of the atomic bombs on Hiroshima and Nagasaki and the Soviet declaration of war and invasion of Manchuria.

The next day, Wednesday August 15th, was celebrated as Victory over Japan (VJ) Day and the nation formally surrendered on September 2nd 1945 at a ceremony in Tokyo Bay aboard USS Missouri.