Britain’s Prince Philip to stand down from royal public engagements

Britain’s Duke of Edinburgh is to step down from royal public engagements. The 95-year-old Prince has been married to Queen Elizabeth since 1947. Video: Reuters 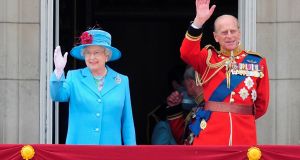 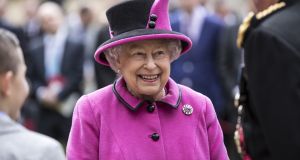 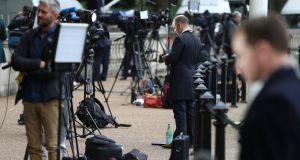 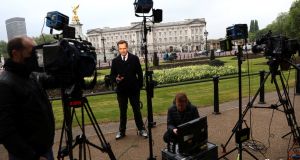 A journalist reports from outside Buckingham Palace. Photograph: Neil Hall/Reuters 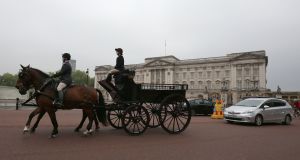 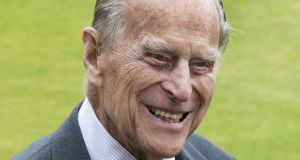 Britain’s Duke of Edinburgh has announced his retirement from public engagements from autumn this year, Buckingham Palace has announced.

The 95-year-old Prince Philip has the full support of the Queen.

The announcement was made after all members of the Queen’s household were gathered at Buckingham Palace for a highly unusual staff meeting.

In a statement, Buckingham Palace said: “His Royal Highness The Duke of Edinburgh has decided that he will no longer carry out public engagements from the autumn of this year. In taking this decision, The duke has the full support of The Queen.”

“Prince Philip will attend previously scheduled engagements between now and August, both individually and accompanying the Queen. Thereafter, The duke will not be accepting new invitations for visits and engagements, although he may still choose to attend certain public events from time to time.”

“The Duke of Edinburgh is patron, president or a member of over 780 organisations, with which he will continue to be associated, although he will no longer play an active role by attending engagements.”

The timing of the announcement took many by surprise given that it is in the middle of a general election campaign, but does guarantee wall-to-wall coverage on broadcast media, which because of the local elections, are legally obliged to avoid political coverage.

The Queen met Theresa May on Wednesday to formally agree to the dissolution of parliament before June’s election, while Philip opened a new stand at Lord’s cricket ground in central London.

News that Buckingham Palace had summoned royal household staff for an emergency meeting prompted a flurry of speculation overnight about the health of the Queen and Prince Philip.

Royal sources said before the meeting there was “no cause for alarm” about the couple’s health but gave no further indication as to the reason for the meeting. They said such all-staff meetings did occur occasionally.

The Daily Mail reported shortly after midnight that staff from the Queen’s residences across the UK had been ordered to London by senior palace aides for the emergency meeting on Thursday morning.

An unnamed source told the paper: “Although meetings involving the entire royal household are occasionally called, the way this has been done at the 11th hour is highly unusual and suggests that there is something major to be disseminated.”

The duke has one of the busiest diaries of all the royals. In 2016 he carried out official meetings and visits on 110 days of the year, far more than some younger members of his family.

He is still extremely active, and was seen riding a carriage with four horses through Windsor in March. He took up carriage driving after being forced to retire from playing polo many years ago.

In recent years he has suffered some health problems. In June 2013, he was admitted to the private London Clinic for a exploratory abdominal operation. He spent 11 days in hospital, including his 92nd birthday.

In August 2012 he was taken to hospital as a precaution following the recurrence of a bladder infection at Balmoral, the Queen’s highland estate.

It was a bladder infection that caused concern at the height of the Queen’s Diamond Jubilee celebrations, after he and the Queen stood for 80 minutes aboard the royal barge during the Thames flotilla in awful weather. He was treated at King Edward VII hospital, London, and missed the Diamond Jubilee concert.

In December 2011 doctors at Papworth hospital in Cambridgeshire inserted a coronary stent; the duke had suffered chest pains at Sandringham, the Queen’s Norfolk estate, where the family traditionally gather at Christmas.

His decision to retire from public engagements comes as he and the Queen approach their 70th wedding anniversary in November. He is the longest-serving consort in British history, supporting the nation’s longest-reigning monarch. Unlike Queen Victoria’s Prince Albert, however, he has never been given the official title of prince consort.

For his 90th birthday the Queen, undoubtedly in recognition of this career sacrifice, bestowed upon hims the title of Lord High Admiral, titular head of the Royal Navy.