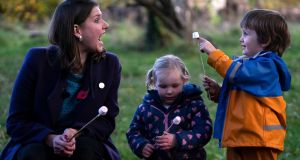 Three of Britain’s smaller parties have agreed an electoral pact ahead of next month’s general election, agreeing not to stand against one another in 60 constituencies in England and Wales. The Liberal Democrats, Plaid Cymru and the Green Party said they wanted to work together to ensure the maximum number of anti-Brexit MPs was returned.

“This is a Brexit election, and staying in the European Union is possible, and this is the deciding moment. We are putting party politics aside in the interest of our country and [have] cemented a cross-party arrangement whereby Remain-voting parties in England and Wales are working together to back one Remain candidate,” she said.

“With a single Remain candidate in each of these seats, we can deliver a greater number of MPs into parliament. This is our opportunity to tip the balance of power away from the two largest parties and into the progressive Remain alliance.”

Labour declined to join the pact, and the party’s shadow chancellor, John McDonnell, warned Plaid Cymru and the Greens against associating themselves with the Liberal Democrats, who were in coalition with the Conservatives from 2010 to 2015. “I’d just say this to those Greens and others who are getting into bed with the Lib Dems: I remember what the Lib Dems did when they were in government. I say, go and ask any disabled person in this country who went through the brutality of the work capability assessment,” he said.

Two former Labour MPs backed the Conservatives on Thursday, describing Jeremy Corbyn as unfit to be prime minister. Ian Austin represented Dudley North for Labour until he left the party in February, and John Woodcock was Labour MP for Barrow and Furness until he was suspended from the party in April.

“It’s really come to something when people like us have to say that we think Jeremy Corbyn is unfit to lead the Labour Party. I’ll be voting Conservative in this election, and my personal view,” Mr Austin said.

“There’s only two people who can be prime minister on December 13th: Boris Johnson or Jeremy Corbyn. On that basis I’ll be voting for Boris Johnson.”

The Conservatives faced fresh controversy on Thursday after Nick Conrad, a former BBC local radio presenter, was selected as the party’s candidate in the Norfolk constituency of Broadland. Mr Conrad had to apologise in 2014 for remarks he made in the context of the rape trial of footballer Ched Evans, whose conviction was later overturned.

“What I’m trying to say is that women also have to understand that when a man’s given certain signals, he’ll wish to act upon them, and if you don’t wish to give out the wrong signals, it’s best, probably, to keep your knickers on and not get into bed with him. Does that make sense?” Mr Conrad said.

The prime minister on Thursday described the remarks as “completely unacceptable” but added that Mr Conrad had apologised.