Brexit: Irish complain of becoming a ‘dying breed’ in Kilburn

Patrick Freyne asks the Irish community in Reading how they will vote in Brexit. Video: Hywel Jones 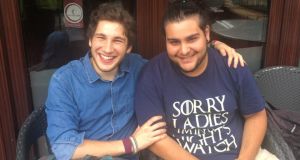 Metteo Impelliccieri and Alessio Gagliardi. The two young Italian men seemed incredulous that the UK would ever leave the EU. 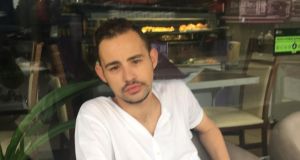 José Matos: “I don’t read the papers. It doesn’t feel like it affects me.” 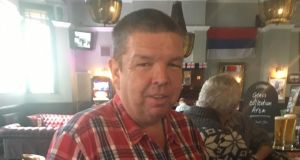 Gary Beggs: “A lot of people voting ‘out’ are living in the past. They’re thinking of when we had an empire.”

In Kilburn, the changing face of UK immigration is visible on the streets. You can see people there from all over the world, but if you listen you can hear Irish accents, remnants of an earlier wave.

Some of the people I met there hadn’t thought much about the referendum. Portuguese deli owner José Matos didn’t vote. “I don’t read the papers,” he said. “It doesn’t feel like it affects me.”

Matos came to London at the age of nine, so he felt like, “This my country . . . This is a country that lets you do something better in life.”

Did the negative attitudes about immigration expressed during the campaign bother him? “People have a right to think what they think,” said Matos. “If people think it’s overcrowded and they decide to leave the EU, I accept that.”

He thought for a moment. “Maybe I’d think differently if I had to fill out more paperwork or apply for visas,” he said, “but I’ve been here a long time. They wouldn’t do that to me.”

Referendum canvassers stood at every Tube station. A lot of commuters wore “In” badges and Kilburn Tube station was no different, but the badges were thinner on the ground out on the street. In all, though, there were few signs a historic referendum was under way.

Bryn Kewley, who works for a climate change think tank, was at the station advocating for a Remain vote. Many of the people who passed asked for stickers, or gave him an enthusiastic thumbs-up. “I don’t mean to stereotype but if people look a bit angry they’re a ‘leaver,’” he said. “I feel bad saying that.”

Grant Smit, a project manager from Johannesburg, said, “I couldn’t give a f**k about the referendum,” but he had actually voted. He had voted Remain (“for stability”) but felt that “in the short term . . . not much will change either way.”

His colleague, Tim Tucker, a contracts manager with a dry-lining company, was torn. On the one hand, his wife worked for a finance company, “so if we leave, her work could come to nothing.” On the other hand, he was worried there would be more immigration.

“Without immigration you’d have no workers,” said Smit.

“True,” said Tucker, and they spent a moment trying to think of English electricians and plumbers they worked with. There weren’t many. Tucker agreed that he couldn’t do his work without eastern Europeans, “but I’m worried about the Turks [entering the EU].”

Sitting silently next to them was their Romanian colleague Bogdan Barbu. He could vote here, but didn’t. “It’s a British problem,” he said. “They probably should sort it out themselves.”

The polling station around the corner was relatively quiet. Ade Akinyede, a young software developer, was trying to vote while on a break from work. “I’m voting for the future,” he said. “Voting to leave really is jumping into the unknown.”

It was good natured. “In and out, and the two of us living in the same building,” said O’Sullivan. “Would you Adam and Eve it, as the cockneys say.”

O’Sullivan’s reason for voting Leave was a familiar one. “You go up the road there now and you don’t see one English, Irish, Welsh or Scottish face working,” he said. O’Sullivan said he’d even be working himself if not for immigration. But was he not also an immigrant? “I was born in 1945 so I have the dual passport,” he said.

Kilburn High Road is as multicultural a street as you’ll get in London, but the Earl of Derby Pub was largely full of older white men. “This area used to be predominantly Irish,” said 72-year-old Joe Madigan, a retired businessman from Limerick. “Now we’re a dying breed.”

Madigan, like almost every Irish person I met in Kilburn, was a Leave voter. He wasn’t against immigration, he said – his son married a woman from the Philippines – but he felt that immigration should be “more controlled”.

Recently, he said, he had waited four hours to see the doctor. The system cannot cope with so many immigrants. However, he praised the “foreign doctor” who saw him at the end of a 13-hour-shift. His story could be used by both sides in the campaign, I told him. He laughed.

Nearby, an English man named Gary Beggs was deep in conversation: “Any change to Europe will come from inside,” said Beggs, who works in the music industry. “A lot of people voting ‘out’ are living in the past. They’re thinking of when we had an empire.”

He sighed. He disliked the Leave side’s demonisation of migrants and the Remain side’s “negativity”. “A lot of people will be pleased it’s over,” he said.

One of the men Beggs was talking to had come from Ballina in the 1980s to work in construction. He didn’t want to reveal his name. “It’s on too many wanted posters,” he said.

A man from Mayo, who wanted to stay nameless, told me that Irish immigrants had “helped to build this country,” but now he felt priced out of the business.

“In the pub one night Irish men are giving out about foreigners and the next day they’re filling a van with them – two for the price of one.”

Was he not a “foreigner” too? “The British invaded Ireland, ” he said. “We had a right to come here.”

Near Kilburn Market the demographic was more diverse. An Algerian-born man named Yazid Bourt told me that he was not going to vote (“I don’t have time for that”) but that Britain would be better outside the EU. He ran a menswear stall and believed Europe was bad for business. “People can get things cheaper from Europe,” he said.

Two young Italian men seemed incredulous that the UK would ever leave the EU. “So many companies here have relationships with European companies,” said Alessio Gagliardi, whose T-shirt declared “I’m Sorry Ladies, I’m in the Night’s Watch.”

Metteo Impelliccieri noted the number of Europeans he’d seen “even today on this street. Do they really want all of them to go home?”

A black British woman named Leigh walked by with a little boy on a skateboard. “Our country has more to gain from being in the EU,” she said. She was a believer in internationalism and diversity. She worked in marketing, she said, so she was obsessed with demographics and why people did things.

“This morning I read a Facebook post by a relative who’s been unwell, all about the immigrant doctor who saved his life. He said ‘I wouldn’t be here now if not for that doctor’. There’s a lot of fear and scaremongering . . . This area was all Irish immigrants when I was younger, if there’d been a referendum on that what would have happened?”

Nearby an Iranian woman was talking to a Pakistani man as he worked at a clothing stall. The man was wheeling out rails of clothes. He didn’t wish to talk about the referendum but he had views on EU immigration. “They’ve left an open door for them,” he insisted. “But some of us can’t even bring our families over.”

His wife and children were in Pakistan and he had been trying to get permission for them to come live here. “I’ve been waiting a very long time,” he said. “I’m waiting nine months for just a court date.” He sounded weary. “I’m a British citizen. I work. This morning I had physio and I still come to work.”

The Iranian woman was listening sympathetically. Her name was Farah. She didn’t want to give her full name “because I have some problems in Iran”. She’d been talking to her friend about meditation. She asked me if I would like a moment of “self-realisation”? I had no idea what this meant, but said “yes”. She instructed me to put my hand on my heart and then she passed her hands over my head. She told me that the mind was “a mire of illusion”.