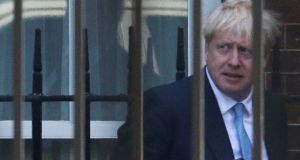 Boris Johnson became the UK’s prime minister on Wednesday after Theresa May formally stood down. Here are some of the most important dates and challenges Johnson will face in the months ahead.

Boris Johnson chairs his first cabinet meeting and later he will make a statement to the House of Commons and take questions.

With a working majority of just two, Johnson inherits a government with a precarious electoral mandate. On August 1st that majority could be further reduced if the Tories lose the byelection in the Welsh constituency of Brecon & Radnorshire. In a bid to unseat the Conservatives, pro-EU parties such as the Greens and Plaid Cymru have agreed to stand aside and back the Liberal Democrats, who currently top the polls and are expected to beat the incumbent Chris Davies. Davies is standing again despite voters signing a recall petition after he pleaded guilty to submitting fake expenses documents.

After taking office Johnson is expected to embark on a tour of European capitals – crucially travelling to Paris, Berlin and Dublin – for talks with fellow leaders. Meanwhile, EU Brexit negotiators are on standby throughout August should Britain’s new prime minister want to talk. But the crunch could come during a meeting of G7 leaders in Biarritz in southwestern France. By then French president Emmanuel Macron and German chancellor Angela Merkel may have a better sense of whether Johnson intends to follow through with the pledge he made during the leadership contest to leave the EU on October 31st, “do or die”. The two-day summit will also offer the new prime minister a chance to meet with US president Donald Trump, who has backed Johnson to solve Brexit.

Parliament returns for the start of what promises to be one of the House of Commons’ most momentous sessions for years. If Johnson’s initial negotiations with EU leaders have hit a brick wall, then MPs opposed to a no-deal Brexit will have to move quickly to find ways of blocking the prime minister if he is intent on crashing out of the bloc on October 31st. Last week, pro-EU MPs voted to block any future moves by Johnson to suspend parliament in October.

With just a month until the UK’s scheduled exit from the EU, Johnson can expect a rapturous reception when he addresses the party faithful at the Tory conference in Manchester. His predecessor, May, set the course for her premiership at her first party conference speech as prime minister in 2016 when she in effect pledged to pursue a hard-Brexit policy, setting the red lines on the European Court of Justice and immigration, which made finding a deal with Brussels so difficult.

The new prime minister could find that the mood has soured if he appears to be going soft on Brexit. Hardliners such as Jacob Rees-Mogg, and grassroots supporters who backed Johnson over Jeremy Hunt, will expect to see him follow through with his pledge to take the UK out of the EU without a deal if he has been unable to win significant concessions from Brussels.

The last scheduled gathering of the bloc’s leaders before Britain’s scheduled departure date on October 31st looks set to be hijacked by Brexit. If Johnson has been unable to find a breakthrough with Brussels, and if parliament has found a mechanism for stopping a no-deal departure, then the new prime minister may be forced to request an extension to the current Halloween deadline. But while EU leaders do not want to be the midwives of a no-deal Brexit, they have repeatedly said they will not grant an extension unless it is for a good reason, such as a general election or a second referendum.

The EU agreed in April to extend the article 50 process until October 31st. At the time the EU Council president Donald Tusk pleaded with Britain’s political leaders not to “waste this time”. But the intervening months have been taken up with the Conservative party’s lengthy campaign to elect a new leader – and UK prime minister – leaving relatively little time to reopen negotiations with the EU or to secure the support of parliament for a reworked withdrawal deal.

With the EU set to start a new five-year political cycle and new leaders including European Commission president Ursula von der Leyen set to take office in November, the deadline is not arbitrary. Brussels is desperate to move on from Brexit, ratcheting up the likelihood of October 31st becoming no-deal Brexit day. – Copyright The Financial Times Limited 2019