Politicians and media strike back over ‘French-bashing’ article 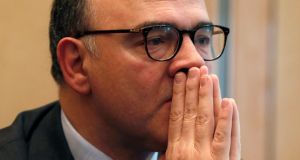 Pique and hurt pride at US journalist Janine di Giovanni’s January 3rd article in Newsweek on “the fall of France” have galvanised French politicians, newspapers, bloggers and tweeters.

Di Giovanni, who lives in Paris, appears to have succeeded where French governments failed for decades: in forcing the French to emphasise their country’s strengths instead of its weaknesses and to face a hostile world with confidence.

As di Giovanni’s many detractors have noted, French-bashing has long been a favoured pastime of les Anglo-Saxons. The Economist has been particularly adept at raising French hackles, with cover stories on “France in denial” and France as “the time-bomb at the heart of Europe”.

But the Economist’s articles are so well researched as to be unanswerable, leading French officials to react with silent scorn. Di Giovanni’s exaggerations and factual errors made her an easy target.

“Sometimes criticism is pertinent,” finance minister Pierre Moscovici said. “But this takes the cake.” The article “provokes a certain hilarity,” Moscovici added, predicting it would become “a case study in journalism schools”.

Moscovici was the only French official, aside from President François Hollande, criticised by name in di Giovanni’s article. “Do you see that man in the corner? I’m going to kill him. He’s ruined my life!” an overtaxed French lawyer friend of di Giovanni said when they spotted the finance minister in a Paris restaurant. “Moscovici was looking very happy with himself. Does he realise Rome is burning?” she asked.

Moscovici got his own back, saying he remembered with “sadness” that Newsweek was once “an international reference”.

The 80-year-old magazine ceased its print edition last year, when the online version was purchased by Frenchman Etienne Uzac. Like the bankers and lawyers whose departure di Giovanni lamented, Uzac lives in exile in the US.

“The fall of France”, an allusion to the country’s occupation by German forces in 1940, was transformed into “The fall of Newsweek” by “Les décodeurs”, an online fact-checking column published by Le Monde.

Edict of Nantes
Di Giovanni’s other historical reference, comparing the recent exodus of affluent French to the departure of nearly 700,000 Huguenots after Louis XIV revoked the Edict of Nantes, has been much ridiculed. It wasn’t even original: the aeronautics billionaire, politician and newspaper owner Serge Dassault used the same comparison in his New Year wishes to readers of Le Figaro.

Factual errors created greatest glee, as when di Giovanni claimed half a litre of milk costs €3 in Paris, more than four times its actual cost. She was also pilloried for claiming France’s “suffocating nanny state” provided free nappies and creches for all, and for incorrect figures about French unemployment and taxation.

Resentment
Atavistic resentment of privilege also fuelled the backlash against di Giovanni, who confessed to living in the most expensive arrondissement of Paris, overlooking the Luxembourg Gardens, and to schooling her son at the exclusive École Alsacienne.

Anne Sinclair, editor of the French version of the Huffington Post and an heiress to an art fortune, accused di Giovanni of having written her article “after a New Year’s Eve full of Dom Pérignon or Château Margaux”.

The Dutch journalist Stefan de Vries, writing in Courrier International, recalled overhearing four Parisian women ask each other in a café near di Giovanni’s apartment during the 2005 riots: “Should we go to Prada Saint-Germain or Prada Saint-Honoré today?”

Le Monde responded to di Giovanni’s article yesterday with a meticulously documented article on “eight reasons not to despair of France” that detailed, among other things, French investments abroad, successful innovation and start-ups in France and the country’s attractiveness to foreign investors. The French government could not have written it better.