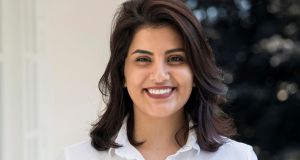 The NGO Human Rights Watch (HRW) reports that prosecutors accuse the women, under trial separately, of initiating “criminal” contacts to share “information about women’s rights in Saudi Arabia with journalists based in Saudi Arabia, diplomats, and international human rights organisations”.

The women are also charged with violating Saudi Arabia’s cybercrime law, which prohibits the production and promulgation of material that “harms public order, religious values, public morals, [and] the sanctity of private life”. The penalties are up to five years in prison and a fine of $800,000 (€709,000), HRW states.

“After nearly a year of accusations in Saudi government media that these brave champions of human rights are ‘foreign agents’, the actual charges against them appear to be simply a list of their efforts to promote women’s rights. This is hardly an act of a government that is carrying out reforms, as [Crown Prince] Mohammed bin Salman and his supporters keep claiming,” the group’s deputy regional director Michael Page stated.

The group referred to the crown prince telling Bloomberg in October 2018 that the women had been in contact with foreign “secret intelligence”, and that the authorities had video of such encounters. However, prosecutors’ charge sheets do not mention such contacts.

“If sharing information about women’s rights with journalists and diplomats is illegal, then by that standard most of the Saudi leadership would be in prison right now,” Mr Page said.

The detentions of the women have also been condemned by other human rights groups, including Amnesty International.

When the trials opened on March 13th, a group of 20 foreign diplomats and journalists were excluded from the hearings. The most prominent of the accused is Loujain al-Hathloul, who is alleged to have suffered electric shocks, beatings, waterboarding and sexual harassment during detention.

In 2015, she was ranked third on a list of 100 most influential Arab women. Topping the list were Sheikha Lubna al-Qasimi, the first Emirati woman to hold a ministerial post, and Lebanese lawyer Amal Clooney, wife of US actor George Clooney.

In January a group of British lawmakers and lawyers, who have issued a report on torture, requested access to the women but were ignored by the Saudi authorities. On February 14th, the European Parliament called on Riyadh to immediately and unconditionally free “all human rights defenders”. It also called for an EU ban on the export of surveillance systems, stated that weapons sales to Saudi Arabia violated the bloc’s policy on arms exports and called for sanctions on Saudi Arabia. The UN Human Rights Council and US congresswomen have called on Riyadh to release the women.

An Arab source who recently spent five weeks in Saudi Arabia told The Irish Times that despite the activists’ detentions and the gruesome murder of dissident Saudi journalist Jamal Khashoggi last October in the Saudi consulate in Istanbul, Mohammed bin Salman is highly popular with young Saudis. For them political repression has not dimmed his light as a social and cultural moderniser.