Jordan feels in strong position over prospect of Israeli annexation 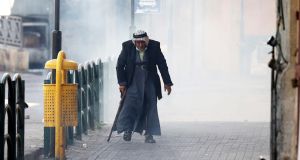 For Jordan the fate of East Jerusalem and the West Bank is an existential issue. Jordan’s Arab Legion fought bitter battles with Israel’s forces to prevent their capture during the 1948 Arab-Israeli war and ruled the holy city and the West Bank until Israel’s 1967 conquest.

Jordan fears that Israeli annexation of portions of the West Bank and the Jordan Valley, which borders on the kingdom, would result in a fresh exodus of Palestinians into Jordan, which has already taken in and absorbed millions of Palestinians exiled by Israel.

A large percentage of Jordan’s 10 million population is of Palestinian origin, including two million UN-registered Palestinian refugees. Jordan has repeatedly vowed it will not become “the Palestinian state”.

Since Jordanian Palestinians have close family ties with Palestinians living in occupied East Jerusalem and the West Bank, they are highly sensitive to any change in their status.

King Abdullah has warned that Israeli annexation could destabilise not only the kingdom but also the entire region. Other Arab leaders realise annexation could provoke unrest among their citizens already restive over economic decline, mismanagement and corruption.

Non-Arab Turkey and Iran, which support the Palestinian cause, could be expected to stir popular Arab resentments.

King Abdullah has addressed three especially explosive issues for the kingdom by saying no to Israeli annexation of the West Bank, no to Israel’s exclusive control of Jerusalem, and no to Israel’s sharing of Muslim and Christian holy sites.

On annexation he has the support of the EU and Russia and US Congressional Democrats.

Consequently Jordan feels itself to be in a strong position on this issue, and this is why prime minster Omar Razzaz has spoken out now.

In 1994 Jordan signed a peace treaty with Israel in expectation that a Palestinian state would emerge. Instead, Israel accelerated illegal settlement of East Jerusalem and the West Bank, making it impossible for Palestinians to establish a viable state and negating the “two-state solution”.

Many Palestinians have come to see they face either unending Israeli occupation or a “one-state solution”. This would transform Israel into a binational state with equal rights for all citizens and would end the occupation and Palestinian statelessness.

The “one-state solution” is not a new proposition. Amman-based Palestine International Institute president As’ad Abdul Rahman said it was first put forward in 1969 at a meeting of the Palestinian parliament-in-exile and was promoted by Dr Nabil Shaath, a senior Fatah figure.

Also during a phone interview, Dr Mahdi Abdul Hadi, who heads a think-tank in East Jerusalem, said the proposal was revived in 1974 as a “trial balloon” although there was “no consensus among Palestinian politicians and activists”. The idea has, he said, gained traction among Palestinians, but not Israelis, who reject the idea.