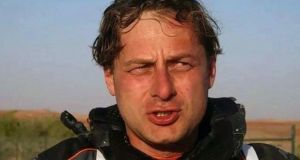 Vladimir Marugov, owner of the Ozyorsky sausages and Meat Empire factories, died after being shot with a crossbow in his home near Moscow.

A Russian meat tycoon known as the “Sausage King” has died after intruders broke into a sauna at his home, tied him and a woman up and demanded money before shooting him with a crossbow.

The woman managed to escape the attack in the Moscow region and alert the police but the businessman was dead when officers arrived at the scene, said the Investigative Committee, which positions itself as a Russian FBI.

The agency did not name the deceased man in its statement, but REN TV and other Russian media identified him as Vladimir Marugov, owner of the Ozyorsky sausages and Meat Empire factories.

Grisly and sometimes surreal murders often made headlines in Russia in the 1990s after the chaotic Soviet breakup, but have become less common since president Vladimir Putin came to power at the turn of the century.

The Investigative Committee said the intruders had demanded that Mr Marugov hand over cash kept at his home and had fled in a car. It said investigators had found the murder weapon, a crossbow.

The getaway vehicle was also recovered, it said, in a village in the suburbs of Istra, a town west of Moscow where affluent Russians have country homes known as dachas and like to spend the weekends.