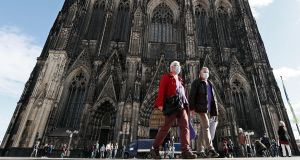 Last February Cardinal Rainer Maria Woelki, archbishop of Cologne and one of Germany’s most senior Catholic figures, promised to publish within a month a report by a Munich law firm granted access to diocesan archives.

The report, he promised, would name figures who “as a result of their decisions and their behaviour could have contributed to abuse: structurally, institutionally or even in a concrete way”.

“Perhaps even I will be criticised,” he said, framing the forthcoming report as proof of church transparency in exploring abuse and cover-up in its ranks.

Two days before a press conference to launch the report in March, however, Cardinal Woelki cancelled the presentation. Seven months on, with the report still under wraps, the Cologne archdiocese has turned on the lawyers responsible, accusing them of failing to complete their task professionally.

In reality the report has fallen victim to legal claims as well as a power battle among two church camps in Cologne: one favours full disclosure, the other prioritises the rights and reputations of church figures.

Looming large in the 350-page report, which examines 15 sample cases, is Archbishop Stefan Hesse of Hamburg. Between 2006 and 2017 he was personnel officer and later general vicar of the archdiocese of Cologne under Cardinal Joachim Meisner.

As the cardinal’s deputy, Archbishop Hesse is criticised in the report for showing a “lack of victim care, and not just once”.

“There was a regular, repeated consistent lack in how abuse cases were addressed,” the investigation said, according to media reports, “based on Dr Hesse’s attitude – indifferent and with a lack of awareness of the problem – towards cases of sexual abuse of minors by clerics.”

Archbishop Hesse disputes the report’s accusations vehemently and has taken legal action to prevent its publication.

A case examined in the report involves a priest that the Cologne public prosecutor accuses of sexually abusing his three underage nieces between 1993 and 1999. The priest confessed the abuse to the archdiocese in 2010 but, according to the lawyers’ report, church authorities decided to make no transcript of the interview with the priest, “because it was feared this could be seized” by investigators. Instead the file noted that only “handwritten notes exist, which if necessary can be destroyed”.

Included in the file was a note that “Prelate Hesse gives his approval to this approach”. The priest was moved from his parish to work as a hospital chaplain and the church investigation was closed.

A separate expert opinion commissioned by Cologne bishops into the report accuses its authors of presenting an “indictment against diocesan officials ... full of highly subjective, morally tainted accusations”.

The Munich law office dismisses the criticism, suggesting the report should be published “to give the public an opportunity to make their own impression”.

A new report has been commissioned, the archdiocese announced on Friday, and will be presented next March – a year after the first.