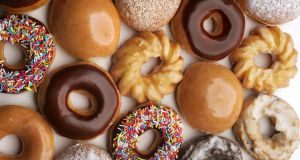 One of Germany’s richest families says it plans to give millions of euros to charity after learning about ancestors who enthusiastically supported the Nazis and used forced labour.

He said the family never spoke of the Nazi era, but the evidence shows the father and son, who died in 1954 and 1984, “belonged in jail”.

Mr Harf said the heirs plan to publish the research and donate €10 million euros to charity.