Brexit explained: What is the Norway model and is it an option for the UK? 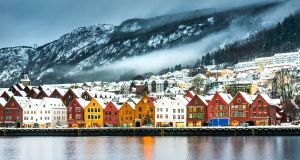 Norway has large fishing and agricultural industries and forms its own policy over these sectors by remaining outside the EU’s Common Fisheries Policy or Common Agricultural Policy. File photograph: iStock

Why is the Norway model a potential option for the United Kingdom?

“Norway” has been floated as a possible “plan B” for Brexit because of the level of opposition in the UK parliament to the draft agreement signed off by the EU and UK. It is being considered because Norway’s relationship is as close as a country can get to the European Union without actually being a member. It could also be used as a template to follow to keep trading relations as close as they are now. It is helpful too because it is an existing off-the-shelf model and regarded as a type of soft Brexit that could readily be used to avoid a disorderly no-deal scenario if, as expected, the UK parliament votes down the draft divorce deal. The intention to move in this direction could be flagged in the political declaration by the UK and the EU, the document which will outline both sides views of their future relationship.

What is the nature of Norway’s relationship with the EU?

Norway is along with Lichtenstein and Iceland a member of the European Economic Area (EEA) and the European Free Trade Association (EFTA) which gives it full access to the EU single market, guaranteeing very limited restrictions to trade with the EU. (Switzerland is also a member of EFTA but it is not a member of the EEA.) In return, Norway makes substantial contributions to the EU budget and has to follow many EU rules and laws, but it has no say in how those rules are formed.

Norway has large fishing and agricultural industries and forms its own policy over these sectors by remaining outside the EU’s Common Fisheries Policy or Common Agricultural Policy. A similar arrangement for the UK would appeal to London as it would be able to set its own policy on these important sectors. Norway can negotiate trade deals with other countries around the world, which would appeal to pro-Brexit supporters, and it has agreed such agreements as a group with other EFTA countries. A Norway-type agreement would mean that the UK would not be ruled over by the European Court of Justice, another red-line issue for Brexiteers.

What would the UK not like about a Norway-type deal?

By signing up to EU single market rules, Norway agrees to the four freedoms - the freedom of movement of goods, services, capital and people so it might cross another UK red line: the British government’s desire to retain control over its own borders and a say in who it lets into the country. Being a “rules taker” – following EU rules without having a say in drafting them – will not appeal to many Brexiteers because it does not give London control over its own economic rules. The UK would still be held accountable by the EFTA court, so it would not be completely free of the EU.

Would a similar arrangement work for the UK and the EU?

No. Further steps would be needed because Norway is not in the customs union. To resolve the contentious issue of avoiding a hard border in Ireland, the UK would also have to agree a customs arrangement with the EU. This means the UK would have to have what is called a “Norway-plus” solution. This could limit its ability to negotiate its own trade deals.

Why hasn’t a Norway-style option being considered before now?

It was ruled out because it did not tick Theresa May’s boxes for the kind of Brexit she wants: she has promised to take the UK out of both the single market and the customs union. British MPs are floating the idea of a short-term Norway-type deal, including some form of temporary customs union with the EU, as a kind of holding arrangement until the UK and EU reach their own trade deal and to avoid a messy no-deal scenario if the current draft agreement is shot down by parliament. However it is not clear whether the other EEA members or the EU would consider a temporary solution of this kind, or what could be negotiated before the UK’s exit date.