Abrini admits to being ‘man in the hat’ in Brussels attack 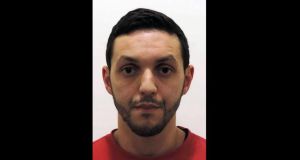 Mohamed Abrini has admitted to being the ‘man in the hat’ during March 22nd bombings at a Brussels airport. Photograph: AFP/Getty Images 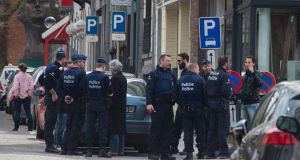 “We confronted him with the video evidence prepared by our special unit,” a spokesman for the prosecutors’ office said. “He had to admit it was him.”

Belgium’s Federal Prosecution Office said Abrini, Osama K, Herve BM and Bilal EM were all charged with participating in “terrorist murders” and the “activities of a terrorist group” in relation to the March 22nd bombings in Brussels’ airport and subway.

The attacks killed 32 people and wounded 270 others.

The statement says two other suspects arrested in the last few days have been released.

Investigators are hoping to unravel the links between the attacks and Islamic State, the radical Muslim group which straddles Iraq and Syria.

The detentions are a rare success for Belgian authorities, who have been pilloried for mishandling leads in the investigation. The interior and justice ministers had offered to resign before the detentions.

Despite multiple arrests, Brussels remains under the second-highest terror alert, meaning an attack is considered likely.