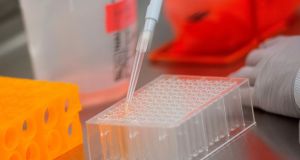 More than 26.4 million people have now been reported to have been infected by the novel coronavirus globally and at least 868,963 people have died, according to a Reuters tally.

Here are updates on the Covid-19 pandemic from across the world:

Russia’s “Sputnik-V” Covid-19 vaccine produced an antibody response in all participants in early-stage trials, according to results published on Friday by The Lancet medical journal that were hailed by Moscow.

The results of the two trials, conducted in June-July this year and involving a total of 76 participants, showed 100 per cent of participants developing antibodies to the new coronavirus and no serious side-effects, The Lancet said.

Russia licensed the two-shot jab for domestic use in August, the first country to do so and before any data had been published or a large-scale trial on the vaccine begun.

“The two 42-day trials – including 38 healthy adults each – did not find any serious adverse effects among participants, and confirmed that the vaccine candidates elicit an antibody response,” The Lancet said.

“Large, long-term trials including a placebo comparison, and further monitoring are needed to establish the long-term safety and effectiveness of the vaccine for preventing Covid-19 infection,” it said.

Some western experts have warned against the vaccine’s use until all internationally approved testing and regulatory steps have been taken.

The first doses of a vaccine against Covid-19 will probably start becoming available in countries in the second or third quarter of next year, World Health Organisation chief scientist Soumya Swaminathan said at a briefing in Geneva on Friday. Countries initially won’t have enough for everyone and will need to prioritise them for high-risk populations.

The UK reported 1,940 new coronavirus cases on Friday, the highest such figure since May 30th. The total number of confirmed cases in the UK now stands at 342,351. The reproductive rate, or R number, of the virus stands between 0.9 and 1.1, the UK government said.

Meanwhile, another 10 people have died in the UK within 28 days of testing positive for Covid-19, bringing the UK’s total confirmed death toll from the disease to 41,537.

Spain’s daily coronavirus infections rose to the highest in about four months, as the country struggles to control new outbreaks. There were 4,503 new cases in the past 24 hours, compared with 3,607 on Thursday, its health ministry said on Friday. That was the highest such figure since April 23th, when 4,635 new infections were recorded.

Spain has more cases per capita than any other European country. Infections have climbed since mid-July, as restrictions loosened and people grow weary of social distancing and hygiene guidelines. With schools preparing to open across the nation in coming weeks, concerns are mounting that events could spiral out of control.

France recorded almost 9,000 new Covid-19 cases on Friday, its highest such daily figure since the beginning of the pandemic. French health authorities said in a statement on Friday that there had been 8,975 new confirmed cases, almost 1,500 higher than the previous daily peak on March 31st of 7,578, when France was in one of Europe’s strictest coronavirus lockdowns. The surge in cases in parts of France, which is partially due to increased testing, has meant a dozen schools have been forced to close just days into the new academic year. France’s cumulative number of cases now totals 309,156.

Italy reported 1,733 new coronavirus cases on Friday, the highest such daily figure since May 2nd, according to data on the Italian health ministry website. The increase occurred as daily tests rose to a record 113,085. There were 11 additional deaths from the disease reported since Thursday. The total number of coronavirus cases reported in Italy since late February now stands at 274,644 , and a total of 35,518 people have died from the novel coronavirus in the country.

Former Italian prime minister Silvio Berlusconi has been admitted to a hospital in Milan with symptoms of Covid-19 after testing positive for the disease this week. The 83-year-old leader of the Forza Italia party had been isolating at his home near the Italian financial capital. His admission to the San Raffaele clinic is a precautionary measure and Mr Berlusconi’s medical condition is not a cause for concern, a spokeswoman for the media mogul said Friday.

New Zealand and US

New Zealand has reported its first death from Covid-19 in more than three months amid a resurgence of cases. A man in his 50s died at a hospital in Auckland, bringing total deaths from Covid-19 in the country to 23, according to a government website. The country had been Covid-free for more than 100 days until cases were reported in Auckland in mid-August. All of New Zealand is on Alert 2, which includes mask and social distance requirements, with additional restrictions in the Auckland region on social gatherings.

The US Centres for Disease Control and Prevention (CDC) on Friday said the number of deaths in the US due to the new coronavirus had risen by 1,081 to 186,173, and it reported a total of 6,132,074 confirmed cases of the disease, an increase of 44,671 cases from its previous count. – Agencies