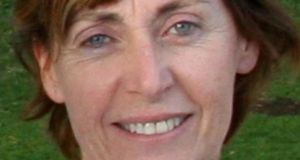 Dr Gabrielle McMullin: “If you are approached for sex, probably the safest thing to do in terms of your career is to comply with the request.”

An Irish-educated surgeon has rejected criticism over comments she made saying surgical trainees should stay silent if they’re sexually assaulted by a colleague.

Dr Gabrielle McMullin, a Sydney-based vascular surgeon, said on ABC radio that sexism is commonplace among Australian surgeons and that young woman should accept unwanted sexual advances because coming forward could ruin their career.

Speaking in an interview following the launch of the book Pathways to Gender Equality - The Role of Merit and Quotas, which she co-authored, Dr McMullin referred to a woman called Caroline, who took a case against a surgeon accused of sexually assaulting her while she completed neurosurgical training at a Melbourne hospital.

Though she won the case, Caroline was subsequently unable to get work at any public hospital in Australia or New Zealand.

“Her career was ruined by this one guy asking for sex on this night. And, realistically, she would have been much better to have given him a blow job on that night,” Dr McMullin said.

“What I tell my trainees is that, if you are approached for sex, probably the safest thing to do in terms of your career is to comply with the request; the worst thing you can possibly do is to complain to the supervising body because then, as in Caroline’s position, you can be sure that you will never be appointed to a major public hospital.”

Dr McMullin’s comments have been called “appalling” and “irresponsible” by organisations that deal with sexual assault and domestic violence cases.

“I would have thought highly trained professionals would be able to operate a better system than that,” Carolyn Worth of the Centre Against Sexual Assault said. “I actually don’t think that’s acceptable advice in this day and age.”

“We need to be looking at the sexism that exists in the medical profession,” she said. “It’s a sad indictment on us and the community when this is what women are being advised to do to benefit their career.”

Dr Saxon Smith, president of the Australian Medical Association in New South Wales, denied that a female doctor’s career would be damaged if she spoke out about sexual harassment.

“Medicine has moved in the last 20 years. Sure, if you go back further than that, yes, it may well have been the case,” Dr Smith said.

“But we know increasingly, and the trend is, that every graduating year for medicine is more female than male as far as the graduate numbers and as such, there is a tide to turn.”

Dr McMullin graduated from Trinity College in 1980 and moved to Australia in 1990.

1 Minister resigns over Dominic Cummings’ Covid-19 lockdown trip
2 Coronavirus: What will reopen in Ireland’s phases to ease restrictions?
3 Next government could bring in work-from-home tax incentives – Taoiseach
4 Do we really want children taught by teachers dressed in visors and face masks?
5 Unconvincing account may take some heat out of Dominic Cummings controversy
Real news has value SUBSCRIBE