Did she climb out of a window? Why was her body unclothed? Family still seeking answers 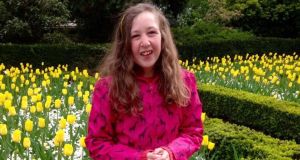 The Quoirin family had planned to spend their August holiday relaxing in Malaysia, and Nóra – “fun, funny and extremely loving” – was excited about the holiday. But the 15-year-old, who had special needs, was also “not like other teenagers… not independent”, they said.

After she was found to be missing from the Dusun holiday resort, on Sunday, August 4th, shortly after their arrival, they explained: “Nóra can read like a young child, but she cannot write more than a few words. She has a good memory, but she cannot understand anything conceptual. She is unable to do maths, and so things like money are impossible to manage.”

They added that Nóra’s balance was limited and that she struggled with co-ordination. “She has been to Asia, and many European countries before, and has never wandered off or got lost.

Our beautiful, innocent girl died in extremely complex circumstances, and we are hoping that soon we will have more answers to our many questions

Nóra Quoirin’s body was found on Tuesday, August 13th, by a group of hikers who had volunteered their help. It was the 10th day of the search for the schoolgirl.

She was found unclothed, near a stream, in a hard-to-access hilly area that had already been covered by the search-and-rescue operation. The location is about  2km from the resort the family had checked in to 11 days earlier. It is an area of dense jungle near the town of Seremban, about 60km from the Malaysian capital, Kuala Lumpur.

Her body was flown to Seremban by helicopter. On Thursday, Malaysian police announced the results of a 10-hour postmortem and said there was no evidence of foul play. The chief of police in the state of Negeri Sembilan, Mohamad Mat Yusop, said: “The cause of death was upper-gastrointestinal bleeding due to a duodenal ulcer complicated with perforation.” There was no evidence that Nóra had been abducted or raped, he added.

The bleeding in Nóra’s intestine could have been caused by prolonged hunger and stress, Mohamad said; the pathologists dated Nóra’s death to two or three days before her body was found, and to no more than four days.

The Quoirin family, who have lived in London for about 20 years, have said they will now bring her home, “where she will finally be laid to rest, close to her loving families in France and Ireland”.

Their statement issued on Friday says: “The initial postmortem results have given some information that help us to understand Nóra’s cause of death. But our beautiful, innocent girl died in extremely complex circumstances, and we are hoping that soon we will have more answers to our many questions. We are still struggling to understand the events of the last 10 days.”

The Lucie Blackman Trust, which has been helping the family, says that investigations in France will continue. It also urges an end to public speculation. “The police hotline remains open, and the family are still seeking any information from the public that can help to provide clarity on the events of the last 10 days.”

A reward of 50,000 ringgit, or about €10,800, had been offered the day before Nóra’s body was found, donated by an anonymous Belfast-based business. The Lucie Blackman Trust, which was set up to support British nationals in crisis overseas, has confirmed that none of the reward has been paid in connection with the discovery of the teenager’s body.

Dusun Eco Resort sits in a durian orchard in the foothills of the Titiwangsa Mountains, next to the 1,600-hectare, or 4,000-acre, Berembun Forest Reserve, which is home to sun bears, white-handed gibbons, macaques, wild pigs, panthers, tapirs and muntjac deer. Locals have seen leopard tracks. The resort has six guest houses on the top of a small hill.

Many visitors scale Gunung Telapak Buruk, the highest mountain in the vicinity, and some seek out a site where a second World War plane crashed. Locals say many hikers get lost without a torch when night falls, having underestimated the time it takes to get to the crash site.

Several questions remain about Nóra’s disappearance and death. Why would she have left the resort in the middle of the night? Did she climb out of the downstairs window that was found open when she disappeared and on which police found unidentified fingerprints?

Why was her body found unclothed? If Nóra did walk off into the jungle, why could sniffer dogs pick up her scent only in the immediate vicinity of the guest house? Does this suggest she was abducted?

Nóra’s body was found in an area that had already been covered by search-and-rescue teams, so how is it that they did not see her?

The area where Nóra’s body was found had been covered until day seven of Nóra’s disappearance. Perhaps, Mohamad Mat Yusop said, Nóra was still moving around at that time. After day seven the search-and-rescue teams concentrated on the Gunung Berembun area.

How could she have survived for five days in the jungle without food or water, if you believe the theory that she left the hotel on her own? We remain very dubious

A Daily Mail reporter, Paul Thompson, interviewed Sean Yeap, one of the hikers who discovered Nóra’s body. Yeap told him that the body was not hidden or covered with foliage and said he would have expected search teams that had passed through the area previously to have found it, had it been there at the time.

Although police say the bleeding in Nóra’s intestine was most likely caused by prolonged hunger and stress, stomach ulcers can be caused by Helicobacter pylori bacteria. Nóra might have drunk contaminated water, although this cannot be established.

Nóra’s French grandfather, Sylvain Quoirin, told The Irish Times’s Paris Correspondent, Lara Marlowe, that he believed his granddaughter was the victim of a crime. Speaking after her body was found but before the postmortem results had been released, he said Nóra’s character, and the circumstances at the Dusun resort, made him sure she couldn’t have ventured out alone during the night.

“It is not possible she would have willingly left with a stranger,” he said. “If she went out alone by mistake, she would have banged on the door and screamed to be let back in.”

On Thursday Nóra’s uncle Pacôme Quoirin said the family still had questions about the investigation. “It is important that the criminal hypothesis not be excluded on the basis of incomplete information,” he said. “How could she have survived for five days in the jungle without food or water, if you believe the theory that she left the hotel on her own?...We remain very dubious.”

Pacôme Quoirin said the family did not question the information released by Malaysian police after the postmortem. “Her death was caused by a haemorrhage, as they said. But what were the conditions that led to it? The findings that were announced in no way discredit a criminal act. She could have been kidnapped and fed at the beginning. There is insufficient evidence to jump to definitive conclusions.”

The Quoirins’ lawyer Sankara N Nair said on Wednesday that he would contact the Malaysian attorney general, Tommy Thomas, about holding an inquest into Nóra’s death if the postmortem provided evidence to support that course of action.

On Thursday the Malay Mail quoted the Negeri Sembilan police chief as saying the Irish and French police who observed the postmortem were satisfied with the work of the team who had carried it out. The Irish authorities had not requested a second examination.

The search for Nóra involved expert trackers from the Senoi Praaq special unit, made up mainly of members of the Orang Asli indigenous people, and members of the elite 69 Commando unit of the Royal Malaysian Police. Divers searched the river that runs through the forest, and helicopters and drones equipped with thermal imaging cameras were deployed.

To aid in the search, a recording of Nóra’s mother’s voice was played via megaphones. Search teams also played the recording of Meabh Quoirin’s voice on their mobile phones as they went through the jungle.

The Lucie Blackman Trust has been helping the family to deal with the media, and organised the printing of 10,000 flyers to be distributed in Kuala Lumpur and several Malaysian states, including Melaka and Johor.

Hundreds of people in Seremban prayed for Nóra during the Muslim festival of Hari Raya Aidiladha, as Malaysians call Eid ul-Fitr.

The Dusun family and staff also expressed their condolences. “We are devastated by the turn of events, and we would like to extend our support and assistance in whatever way possible to the Quoirins during these very difficult times,” they said. A Dusun spokeswoman said on Friday that while investigations continued she could not respond to criticisms of the resort for having insufficient CCTV.

There is much speculation about Nóra’s disappearance. It ranges from the cautious public statements by some members of the Quoirin family, probing aspects of the investigation, to the numerous theories – some fanciful – advanced on social media.

Many Malaysians believe in spirits and there is even talk of her having been hidden by the Orang bunian, supernatural beings known as the hidden or whistling people, who are said to be invisible except to people with spiritual sight and are generally regarded as benevolent.

The tragedy has had an impact both locally and internationally, but none have felt it so keenly as her family. After Nóra’s disappearance and the harrowing search for her, the Quoirins are having to deal not only with the results of the postmortem but also with the devastating loss of a girl her mother described as “precious” and “vulnerable since the day she was born”.

Her family have many unanswered questions. Some may never be answered, but, as the investigation by Malaysian police continues, the hope is that at least the most important ones will be.